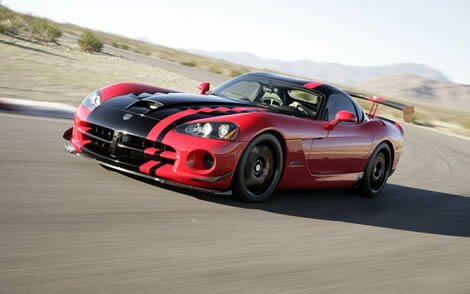 However, while some of these cars are considered street-legal anywhere in the world, others cars like the Ferrari 599XX, Ultima GTR, Gumpert Apollo and the Pagani Zonda R are not considered entirely legal in some parts of the world, which means that they are not eligible to go in the standings.

To figure out which street-legal car is in fact the fastest on the Nurburgring, the track’s blog Bridge to Gantry decide to do a little bit of research and they figured out that the 2008 Dodge Viper ACR is actually the fastest car that you are allowed to use anywhere in the world, without having to worry of running into problems with the authorities.

In the “Fastest Production Car Lap of the Nurburgring” standings we find the Viper ACR on the 7th place, after the aforementioned supercars, together with the Porsche 911 GT2 RS and the Donkervoort D8 270 RS. Of all the cars that are in front of the Viper, only the Porsche is eligible for grabbing the title, but according to the BTG blog, the lack of video evidence is the only thing in its way of winning the title for the fastest road-legal production car in the world.