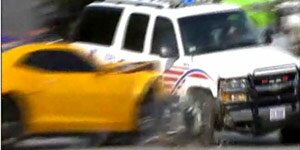 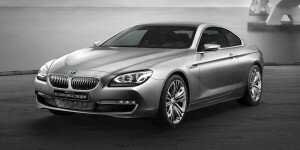 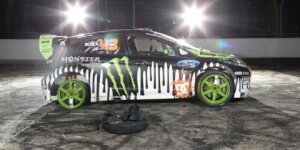 2011 Bugatti Veyron Super Sport Jens Schulenburg, who is Bugatti’s vehicle engineer chef, recently stated that it is not possible to customize the standard Veyron to be just as fast as the limited edition Super Sport model.”To get more horsepower, you need more cooling. To get more cooling, you need more airflow through more and bigger radiators.... ...read the full post

Honda Fit EV Concept Honda has big plans of introducing new alternative-energy automobiles that will further increase their sales. For this reason, at the Los Angeles Auto Show, the Japanese manufacturer announced their Fit EV Concept along with the plug-in hybrid platform that will develop other environment-friendly vehicles. The officials at Honda... ...read the full post

Lamborghini Sesto Elemento Concept Earlier this year at the Paris Auto Show, everybody was waiting to see the replacement of the Murcielago but the Italian only teased us with this stunning Sesto Elemento Concept. The successor of the fastest production model from Lamborghini will be announced next year in March at the 2011 Geneva Auto Show. If we take... ...read the full post

Nissan Ellure Another major release at the Los Angeles Auto Show was Nissan’s Ellure Concept, a concept sedan sized very similar with the Maxima and the Altima models. The model is a small preview of what the future Nissans will look like, but it is not a depiction of any one model (like the Infiniti Essence that did not foretell a production model... ...read the full post

2015 Lotus Elise One of the most important releases at the 2010 Paris Auto Show was the revival of the Lotus Elise, set to go on sale starting with 2015 at a basic price of approximately $35,000. The next generation of the legendary Elise will have just like the older models a mid-engine rear-drive layout, but with a new configured chassis – adapted... ...read the full post

2011 Jeep Grand Cherokee Chrysler is planning to invest $843 million to upgrade the Kokomo, Ind. transmission factory in order to start manufacturing a new front-wheel drive automatic gearbox for future models. With this significant investment, Chrysler will total its overall investments in the United States to almost $3 billion since June, 2009. Chrysler... ...read the full post

Baojun 630 Sedan Although the North American General Motors group shed four brands during the past year, it seems that the Chinese group is in need for a new brand – Baojun. This new brand is the result of the collaboration between General Motors and their traditional allies Wuling and SAIC, and will manufacture very affordable cars for China’s... ...read the full post

Mitsubishi Px-MiEV The head of Mitsubishi’s electric vehicle business recently affirmed that the company is planning on introducing a plug-in sport utility vehicle in 2013. The car will be similar with the Px-MiEV concept automobile that was exposed at the Tokyo Auto Show back in 2009, according to the senior executive officer at Mitsubishi Motor... ...read the full post

2011 Hyundai Elantra The Hyundai Motor Group was proud to announce that it has sold more cars than Toyota in Europe and it is the most important Asian brand on the continent. With other words, Hyundai and Kia sold 521,369 cars during the first ten months of the year, according to the data gathered by the European Automobile Manufacturers’ Association. The... ...read the full post

2011 Dodge Avenger The 2008-2010 Avenger was just an okay effort from the American manufacturer with nothing very special about the vehicle, offering a modicum of sportiness, a low value interior and had powertrains that ultimately doomed the automobile. The situation has changed since Chrysler worked his magic on the 2011 Avenger, updating the powertrain... ...read the full post

2011 Dodge Grand Caravan Just a few weeks ago Chrysler launched an updated variant of the 2011 Town & Country model and logically, its sibling – the Grand Caravan will receive the same updates. For the next year model, the car will get a redesigned front grill as well as a more sculpted front fascia. Moving towards the back of the car we will... ...read the full post

2011 Acura TSX For 2011, the Acura TSX will get a minor yet well-deserved facelift that will include a few important mechanical enhancements in order to reduce the fuel economy. In early 2011 the car will get a Sport Wagon configuration. The front of the car has now a lower grille that has a sportier and smaller mouth and the upper grille has shrunk... ...read the full post

2011 Hyundai Elantra In the past, Hyundai Elantra did not stand a chance in front of other competitors like the Toyota Corolla or the Honda Civic due to its rather boring look and limited features. Things have significantly changed for the better with the 2011 Hyundai Elantra which was exposed at the Los Angeles Auto Show. The car now looks very attractive... ...read the full post

Kia Optima Hybrid For 2011, Kia will offer the mid-sized Optima sedan with a gasoline-electric Hybrid Blue Driver engine that can also be found on the Hyundai Sonata hybrid. Kia engineers are estimating that this new model will do 36 mpg city / 40 mpg highway which is way better in comparison with the standard Optima that does 24 mpg city / 34 mpg highway.... ...read the full post