2011 Ford Boss Mustang might be unveiled on August 13th 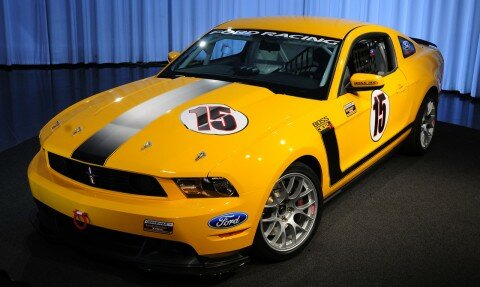 The 2011 Ford Mustang definitely impressed a lot of people at the beginning of the year, especially with its new 5.0-liter V8, capable of 412 HP in the GT version.

Afterwards, the Blue Oval revealed the track-only Ford Boss 302R Mustang, which has already been seeing race duty during the 2010 season. As you can imagine the revived Boss name sparked a lot of rumors, concerning a road-legal Boss Mustang.

Now, according to the announcers from a recent Grand-Am race, the actual 2011 Ford Boss Mustang might be unveiled in the middle of August, more specifically on August 13th. The unveil will take place at the Laguna Seca track, and be a part of the Pebble Beach week.

So, are you excited about this upgraded muscle car? Share your thoughts in the comment section below.