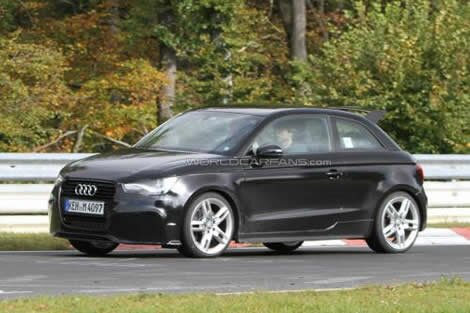 These would have to be the first spy photos with the upcoming Audi RS1 which will be out sometime next year. The photographers from WCF have managed to grab a few shots with the hottest A1 in Audi’s range and we can see that it will come with a huge rear roof spoiler. However, the big question is what’s hiding under that hood. 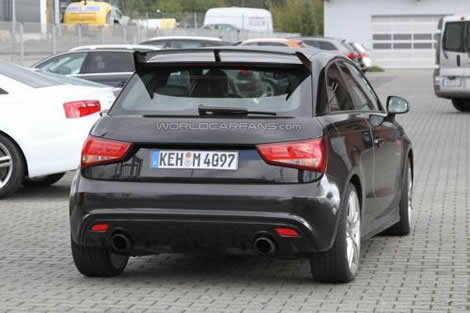 A few months ago we’ve seen an S1 on the Nurburgring that will probably come with a 1.6-liter turbocharged engine that fires 217 hp (220 PS / 162 kW) and sends all of those ponies via the new quattro AWD system. 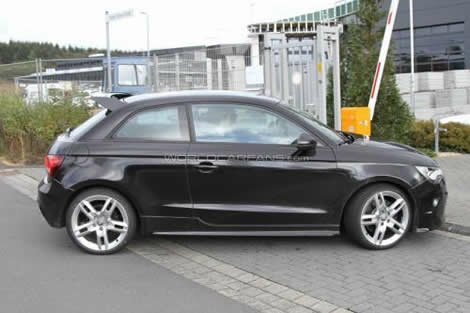 Since the RS1 will be the most powerful model in the A1 family, it will certainly have more muscles to offer than the S1. If you remember, at the Wörthersee Tour 2011, the Ingolstadt-based automaker revealed the A1 Clubsport quattro concept that was motivated by a heavily modified 5-cylinder 2.5-liter TFSI engine that developed 496 hp (503 PS / 370 kW) and a peak torque of 486 lb.-ft (660 Nm). However, the RS1 probably won’t be that powerful.