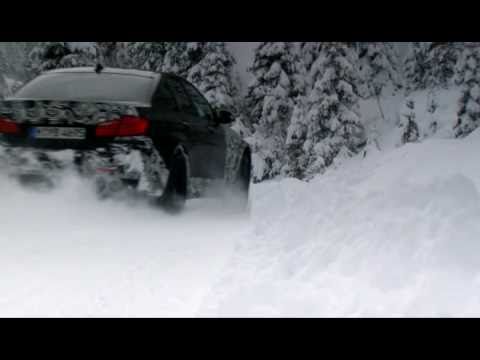 At the beginning of this week BMW released a teaser video of the 5th generation BMW M5 (F10M) sedan. According to previous reports, the automaker will bring an M5 concept next month at the Shanghai Auto Show and judging by this teaser/preview video, there are strong chances that this could happen, although it could be mixed signals for the 5-Series New Energy Vehicle coming through. If the M5 will not make an appearance in Shanghai, our money is on the Frankfurt Motor Show which will be held in September.

Our colleges over at Evo Magazine managed to test one of the prototypes and they’ve said that the steering, suspension and drivetrain have three modes: comfort, plus and sport-plus. The M Driving Mode (MDM) raises the threshold of DSC intervention, suitable for those drivers that prefer more control but still want some backup. Of course, for those of you that want full control, all of the driving aids can be turned off.

BMW M3 Pickup In The Works?