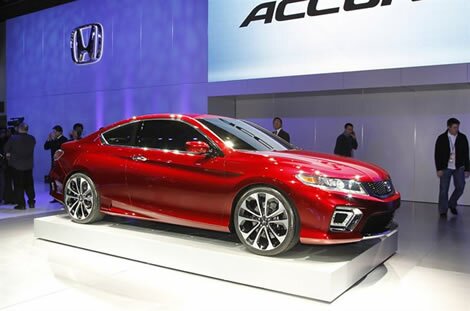 Before you get your hopes up too high, this beautiful Honda Accord Coupe is only a concept that previews the company’s future technology and styling to the current model which is commercialized in the United States but it won’t make it in Europe.

Even though we are dealing with a coupe, we should mention that this concept is actually longer than the sedan model which this year is programmed to get an update as well. The car is going to be available with two brand new power units in the form of a 4-cylinder 2.4-liter with a 6-speed manual gearbox or a CVT, along with a more powerful V6 3.5-liter mated to a 6-speed automatic transmission. 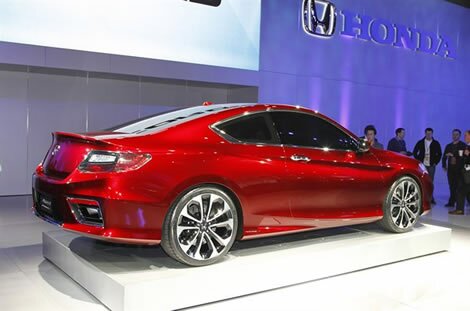 The Japanese automaker confirmed in Detroit that they plan on selling a plug-in hybrid version of this model when it will come out. This will feature a 15-mile electric range and will have an Atkinson cycle-running 2.0-liter engine. It will need 1 hour and 30 minutes to fill up the battery via a 240 volt socket.

Some of the safety equipment that the production version of the Honda Accord Coupe will have includes a reversing camera, a blind spot warning system and a lane departure system.