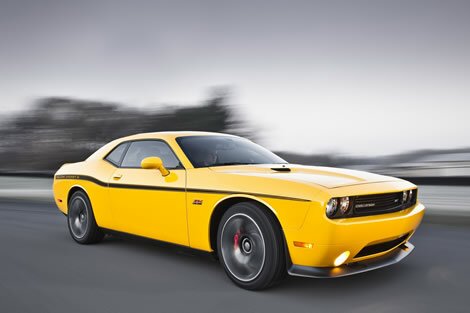 Yet another special edition of the Dodge Challenger has been announced, this time it’s called the Yellow Jacket and it is based on the SRT8 392 model. As it name implies, the outside of the car is wearing a Stinger Yellow paint and features a black grille surround along with matching color profile stripes that are highlighted by the exclusive Yellow Jacket logo located on the rear fender. The car rides on a new set of 20-inch cast-aluminum five-spoke alloy wheels.

This special edition is motivated by the same engine that powers the standard model, which is a V8 6.4-liter HEMI unit that churns 470 hp and a peak torque of 470 lb.-ft. On the outside it also has black painted pockets which make the car stand out from the regular version. 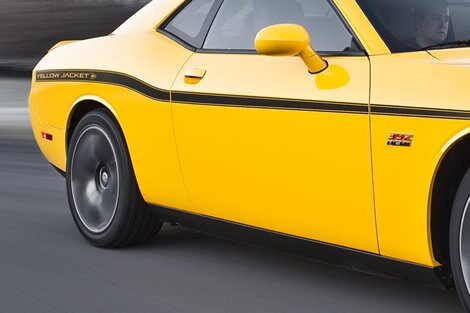 Dodge didn’t say how many units they’ll built but what we do know is that the Challenger SRT8 392 Yellow Jacket will be available for order starting with next month and the first cars should hit the dealerships in Q1 2012.