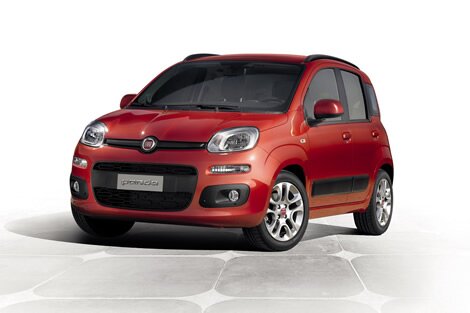 
Without any doubt, the Panda is one of the most successful city cars ever launched by Fiat and for the new generation model they had to bring some significant improvements in order to make it an attractive product in this difficult segment. For a brief history lesson, the first generation of the Panda was launched back in 1980 and three years later it became the first city car equipped with a four-wheel drive system. In 1986 it was the first city car powered by a diesel engine while in 1990 Fiat launched the Elterra version of the Panda, becoming the first electric city car. In 2003 they launched the 2nd generation model which formed a foundation for the very popular 500 model which is now a hit all over the world.


The third generation has been revealed this week and is set to make an official appearance in September at the Frankfurt Motor Show. As you can see, the car looks a lot different in comparison to the outgoing model and I must say that it is way more attractive than the current one which looks like a box on four wheels. Anyway, the 2012 model will be bigger, measuring 3,650 mm long, 1,640 mm wide and 1,500 mm tall, whereas the current model measures 3,538 mm long, 1,578 mm wide and 1,450 mm tall. The car will be sold only in a 5-door configuration and the Italian automaker said that it will offer more room for all passengers and their luggage.


Design-wise, the 2012 Panda is a more rounder and modern version of the 2nd generation model and borrows some styling ideas from the aforementioned 500 model while at the same time retaining some of the styling traits that made the car popular, like the large glass area as well as the vertically stacked rear lights.


Inside the cabin, you will know right away that you are sitting in a Panda as it will have a similar center console while the gear level will be again high-placed. Just like the original model, the 2012 version will feature the cubby hole in the passenger side while the quality of the materials will be better than its predecessor.


It will borrow the same McPherson strut front suspension and the torsion beam rear suspension as the outgoing model but under the hood it will suffer a lot of changes. Customers will be able to order the 2012 Fiat Panda with a choice of six engines. Those who prefer gasoline units will get to choose from one of the two variants of the 0.9-liter, 2-cylinder TwinAir engine in naturally-aspirated and turbocharged configurations with 65 hp and 85 hp, along with a bigger 1.2-liter, 4-cylinder power unit that churns 69 hp. Those who want a diesel will be able to order the car with a 1.3-liter Multijet engine that benefits from the stop/start technology. 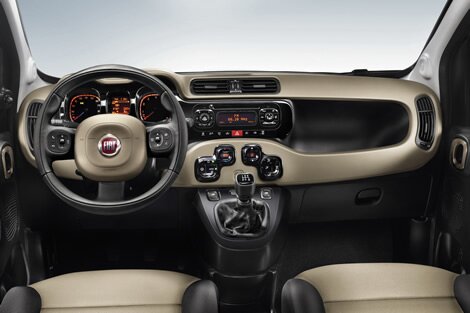 
The other two engines available are going to be a 1.2-liter gasoline/LPG unit and a 0.9-liter turbocharged gasoline/methane power unit so you get plenty of variety.


All of these engines are going to be mated to a 5-speed manual transmission when the car will go on sale, while later on the Italian automaker will introduce a semi-automatic “Dualogic” gearbox. 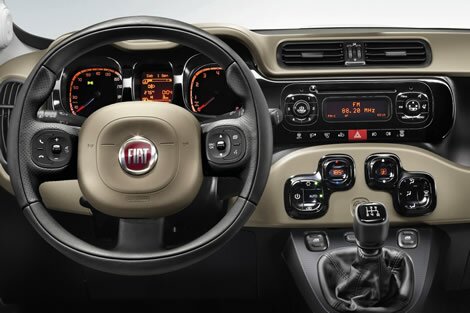 
The 2012 Panda will be available in three trim levels, four different interiors and 10 body colors, which means that there will be 600 possible different combinations. The car will go into production this November at the company’s Naples factory.

We don’t have any details regarding the price list for the new Panda but most likely all the info will be revealed next month at Frankfurt. Stay tuned.