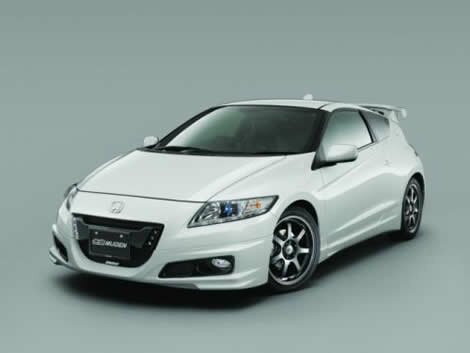 If you have been waiting for one of the hottest hybrids of them all, you do not have to wait much longer because Honda UK has just unveiled the 2012 CR-Z iCF Mugen. What’s so hot about it? Well, for starters it has a 1.5-liter engine that fires 173 hp (175 PS / 129 kW). They managed to squeeze that much power from that engine by installing a centrifugal forced air conduction system and also remapping the ECU.

With this kind of horsepower under its hood, the CR-Z iCF Mugen is capable of doing the 0-62 mph sprint in a respectable 6.1 seconds, en route to a maximum speed of more than 130 mph (209 km/h). 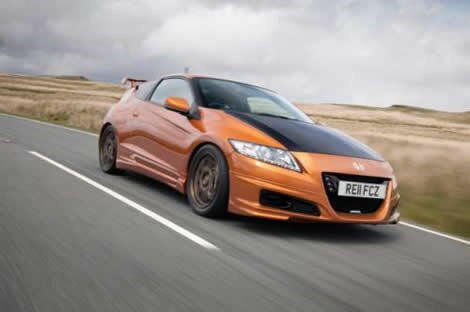 You should know that the European division of Mugen is still working on the car and Honda’s UK branch said that they will definitely roll out a production model. There are eight Honda UK Mugen dealers who have been informed by the company’s headquarters that by spring next year they will have the car ready for potential buyers to take them it for a spin. The starting price for the 2012 Honda CR-Z iCF Mugen will be of somewhere around 24,000 pounds ($37,245 / 27,944 Euros).