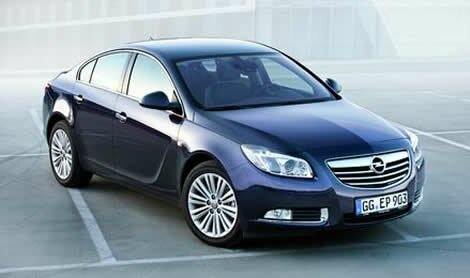 Earlier this week the German automaker Opel released the first details about the revised Insignia. Design-wise, nothing has really changed on the outside as the only novelty would have to be a “Luxor” metallic paint along with a new look for the alloys. A more significant change can be found inside the cabin where customers will be able to choose from a couple of infotainment systems that the company says are “far superior” in comparison to their predecessors due to the reason that the new ones are capable of storing all the maps on SD cards which permits an easier update process.

In addition, other updates on the interior include the seats wrapped around in “Indian Night” Nappa, along with a better front camera system that features a Forward Collision Alert system that can notify the driver of the Insignia if he’s going to hit the car in front.

The most important changes can be found under the hood of the car where the German engineers did their best for improving fuel economy as well as the performances of the engines. The old 1.8-liter engine is going to be replaced by a 1.4-liter turbocharged ecoFLEX gasoline engine that fires 138 hp (140 PS / 103 kW) and has a peak torque of 147 lb.-ft (200 Nm). The model fitted with this engine comes with a 6-speed manual gearbox, power steering, stop/start system, 17-inch alloys that have low-rolling-resistance rubbers, along with an aerodynamic underbody. Thanks to the implementation of all of these technologies, the car will consume only 5.7 liters / 100 km while CO2 emissions will be of only 134 g/km.  If you opt for the estate version, fuel consumption is 5.9 liters and CO2 emissions are 139 g/km due to the reason that the car is a little bit heavier. With this engine, the 2012 Opel Insignia is capable of doing the 0-62 mph sprint in 10.9 seconds, on its way to a top speed of 128 mph (205 km/h). 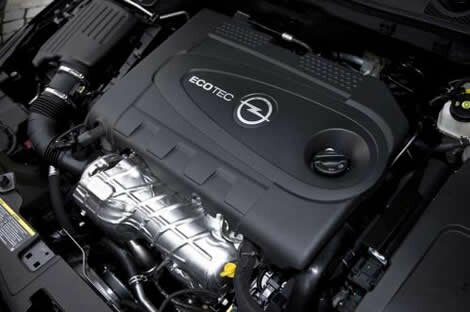 The FWD model that has the 2.0-liter turbocharged gasoline power unit generates 217 hp (220 PS / 162 kW) and benefits from the same aforementioned stop/start system as well as low-rolling-resistance tires and an aerodynamic underbody. The German car maker stated that in this variant, the 2012 Insignia drinks 7.6 liters / 100 km and has CO2 emissions of 179 g/km, 0.5 liters / 100 km and 10 g/km better than the model it replaces.