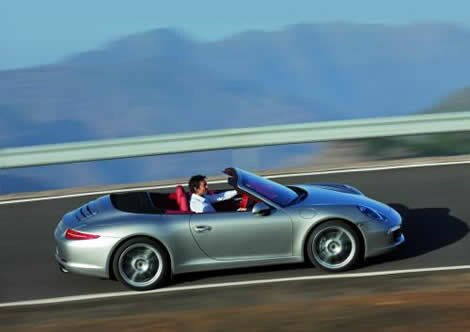 The German automaker Porsche has revealed this week the first photos and details about the upcoming 2012 911 (991) Carrera Cabriolet as well as the Carrera S Cabriolet. The open top model is powered as you would expect by the same engine available in the Coupe version which means that it will be motivated by a 3.4-liter unit that churns 345 hp (350 PS / 257 kW) whereas the Carrera S Cabriolet has a beefier 3.8-liter power unit that generates 394 hp (400 PS / 294 kW). 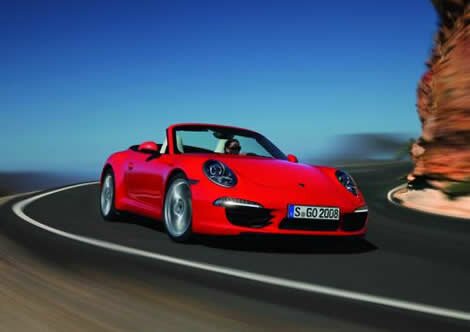 The new design of the roof manages to retain the roof line of the 911 Coupe, and just like its predecessor it comes with a soft top, plus a new lightweight folding roof frame made from magnesium. 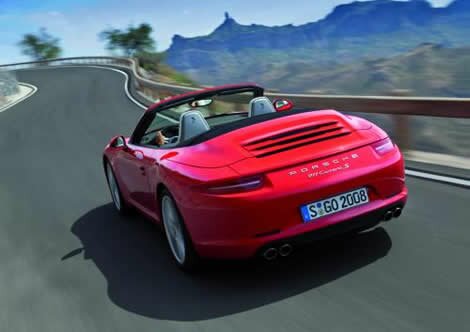 Both versions of the 911 are scheduled to go on sale in March next year. In Germany, the Porsche Carrera Cabriolet will have a starting price of 100,532 Euros, while the S version will cost from 114,931 Euros.