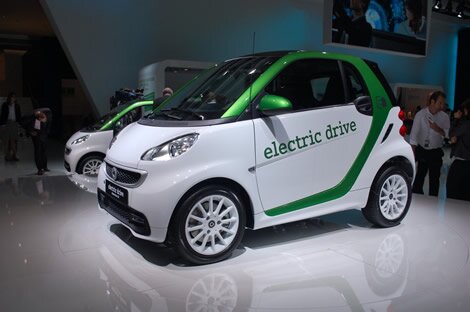 
We have some bad news for those of you who were waiting for the 2012 Smart ForTwo Electric Drive. A Daimler official stated the other day that the launch of the car will be postponed for three months.

Earlier this year when they’ve unveiled the third generation of the model, Daimler said that the car is going to be available in June, but now it seems that we will have to wait until September. As you remember, the car was introduced a couple of months ago at the Frankfurt Motor Show and promises to offer better range, acceleration and charging capabilities in comparison to the previous generation.

One of the causes for this delay would have to be the quality control issues at Li-Tec, which is the sub-supplier that is in charge of manufacturing the battery cells that come in the new 17.6 kWh battery pack which is the result of a joint venture between Daimler and Evonic, a German supplier.

The second generation of the Smart ForTwo Electric Drive featured a battery pack engineered by Tesla Motors. The new one will be able to provide a range of up to 87 miles and the car should be capable of hitting 60 mph in less than 13 seconds, thanks to the installation of a larger 30 kilowatt motor. While the 2nd generation model can reach a top speed of 62 mph, the new model should be able to hit a maximum speed of 75 mph.

The 2012 Smart ForTwo Electric Drive will be available on order with an optional 22 kW on-board charger than can fill the battery pack in less than one hour via a compatible 240-volt charging station.

The anticipated price tag of the model is $22,000 before the incentives kick in. Daimler hopes that they’ll produce more than 100,000 units, making this the first affordable and widely available Smart model.