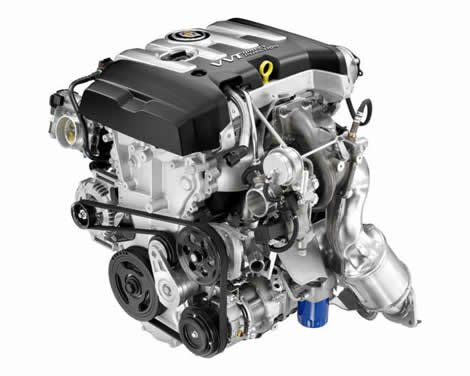 General Motors announced this week preliminary information about an all-new 4-cylinder, turbocharged, high performance 2.0-liter engine which will first power the 2013 Cadillac ATS, a car that we shall see in January next year at the Detroit Motor Show.

This engine has a low-friction design and 90% of the peak torque is available starting at only 1,500 rpm, allowing the 2013 Cadillac ATS to have a good thrust at low and high speeds. Some of the other highlights of the power unit include: twin-scroll turbocharger with air-to-air intercooler, direct-injection, twin-cam, four valves per cylinder with continuously variable valve timing, two-stage variable displacement oil pump that has jet-spray piston cooling and forged-steel crankshaft which features a modular balance shaft system.

The upcoming 2013 ATS will also be available with two other engines, a 4-cylinder 2.5-liter unit and a beefier V6 3.6-liter power unit.