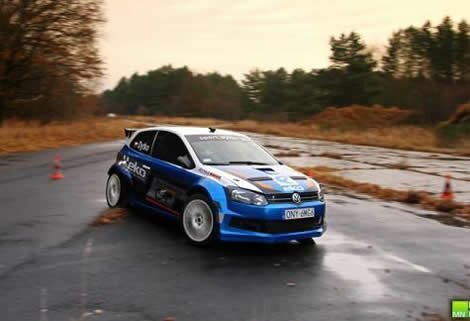 A Polish racing team led by Paul Dytko has created this Volkswagen rally prototype, in preparation for the upcoming 2012 FIA European Hill-Climb Championship season. This is a custom built car and has nothing to do in common with the Volkswagen Motorsport’s Polo R WRC. The rally prototype features an impressive turbo engine that develops 400 hp (405 PS / 298 kW) and it allows the car to do the 0-62 mph sprint in approximately 4 seconds.

As you would imagine, the costs for developing such a car are quite huge and Dytko’s team is still looking for sponsors who are willing to sponsor the evolution of the car, the next step being the introduction of a full steel tube chassis.