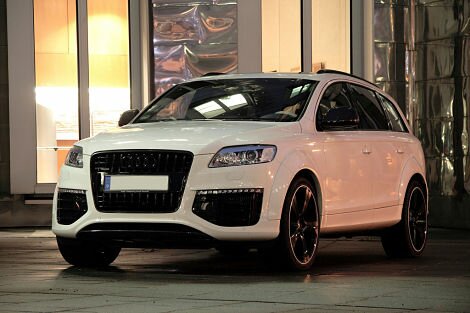 Anderson Germany, a tuning company best known for their Ferrari-based projects has decided to have their take on one of the most popular SUVs out there – the Audi Q7. Based on the V12 TDI Family Edition, the Anderson Q7 comes with a carbon exterior styling package for the roof drip moldings, the mirrorcaps, bordergrill and front- and back diffuser. A shiny black lacquer was used for the logos and the grill gate. The taillights and the panes are darkened and so are the exhaust ends. 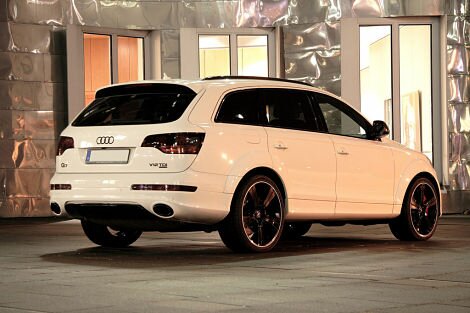 The Anderson Audi Q7 rolls on black wheels that have a white edge and they measure 10×22-inches, covered by 295/30-22 tires for all four wheels. Taking a closer look behind the rims you will notice the red painted brake calipers. In order to improve the behavior in curves, the Q7 has been fitted with a module that lowers the car. The 12-cylinder power unit under the hood is now 10% more powerful thanks to software optimizations brought and special air cleaners installed. The standard Audi Q7 offers 500 hp which means that with the Anderson tuning program, the V12 engine outputs 550 hp. 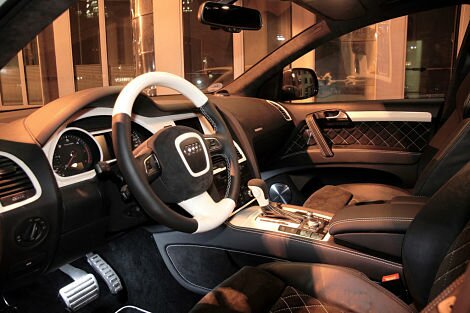 Carbon-applications were also used inside the cabin for the steering wheel, the edges of the illumination, door handles, armature edges, switching jacks, parking brake grasp and on the ventilation shafts. The trim in the doors, radio screen, speedometer, center console, shift levers, steering wheel and ventilation edges were colored opposite in black. Upholstery is made out of black Alcantara and black leather. The Anderson Q7 got a new dimmable LED floor space lighting that fits perfectly in the front and back into the surrounding field. Modifications were also brought to the child seat which now is capable of orienting itself in such a way at the design of the entire interior.

Dusseldorf-based Anderson Germany has not released yet any information regarding the price of this tuning package for the Audi Q7 V12 TDI.