Aston Martin & Mercedes Team Up For Future Lagondas And Maybachs 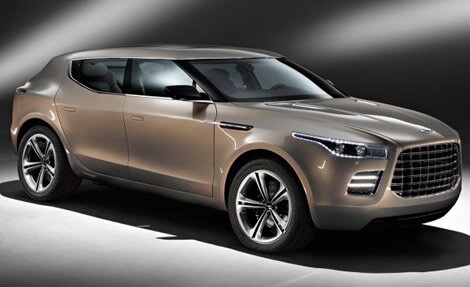 According to our colleges from caranddriver.com, Aston Martin’s CEO Dr. Ulrich Bez wants to resuscitate the Lagonda marquee by rolling out a Rolls Royce Ghost-sized luxury four-door. Creating an entire new platform would be very expensive and hard to do for such a small manufacturer like Aston, but by teaming up with another manufacturer, it could happen.

The British car manufacturer contacted BMW and Mercedes, but discussions with the first one broke down at the beginning of last year. They did find a partner in Mercedes and they’ve signed a deal at the end of 2010 from which we find out that Aston Martin will build the next Maybach (I never would have expected this in a million years). This agreement also calls for the German automaker to provide Aston with an SUV, some engines, and possibly a platform to replace Aston’s aging VH architecture that has been used since 2004 with the DB9 model.

Let’s face it; the Maybach was never an attractive car and probably now more than ever it needs some significant updates. It wasn’t a hit among rich people and Mercedes even thought of killing the brand, but after the significant economic boost in China, Maybachs are starting to become more popular there so for this reason the German car manufacturer has decided to give the brand another chance.

To keep costs down to a minimum, the forthcoming Maybach will use the 2013 S-Class’s hardware and platform, and it will be made in England at Aston’s factory in Gaydon. Sources inside Mercedes say that by making the new Maybach at Aston’s plant (instead of Stuttgart) will cut down the production costs by approximately 50%. We will probably see a concept of Aston’s Maybach at the Frankfurt auto show this year.

Aston Martin will use for its Lagonda sedan the platform of the Maybach/S-Class, along with the chassis, transmission and the safety equipment. The Aston Martin Lagonda will have a base price of about $350,000 and it will have to face up some serious competition coming from Rolls-Royce, Bentley, and of course, Maybach.

The British car manufacturer will also roll out an SUV based on the Merc’s ML/GL-Class unibody SUV platform. It will most likely be fitted with a V8 4.7-liter turbocharged engine, good for 429 hp, an engine that was recently introduced in the Mercedes CL550. Aston’s SUV will also be available with a hybrid powertrain and some diesels borrowed from its German partner.

Japanese Tuner Wald Does The 5-Series And The CLS