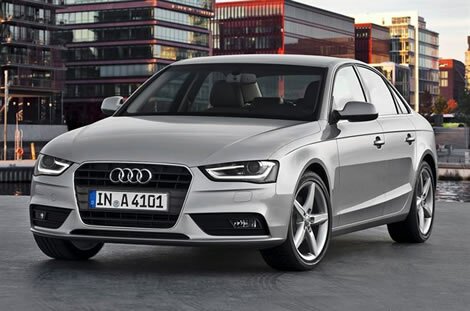 The Ingolstadt-based automaker Audi has revealed the facelift for the A4 model which will go head-to-head with the 6th generation of the BMW 3-Series as well as with the Mercedes-Benz C-Class. This is one of the most successful models in the company’s history and it will arrive in the United Kingdom showrooms in approximately three months.

UK customers will be able to order not only the regular sedan version, but also the Avant, Allroad Quattro and the hotter S4 variant. The latter is able to reach 62 mph from start in 5 seconds and hit a limited maximum speed of 155 mph, while the average fuel consumption is of 39.3 mpg UK. 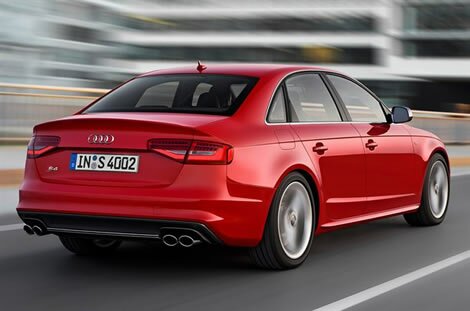 The facelift for the A4 brings a slightly altered front-end exterior look that features more curvaceous headlamps assemblies along with reworked LED running lamps that now appear as an uninterrupted band. As optional, the car will be available with xenon main beam projectors.

Aside from this modification, the car now has a greater contouring to the hood, a new 6-corner single-frame grille which for the 4-cylinder models is gray while for the beefier 6-cylinder variants is painted black. The bumper has been re-profiled and it now carries trapezoidal shaped fog lamps. At the back, the Audi A4 features LED taillights plus a new bumper that houses a more prominent valance panel that has two chrome tailpipes. 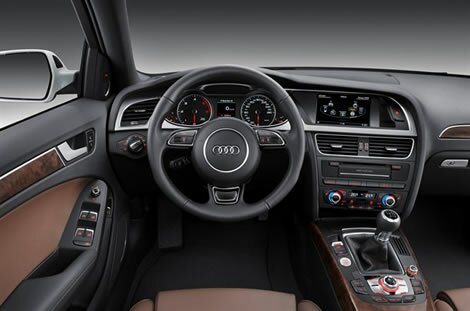 Inside the cabin, the engineers from Audi wanted to improve the quality of the interior as well as the ease of use. They have a new design for the steering wheel, detailed design modifications to the switchgear, a higher quality center console and dashboard, along with an updated MMI “navigation plus” system that has only four buttons, instead of the eight buttons that you will find in the outgoing model. 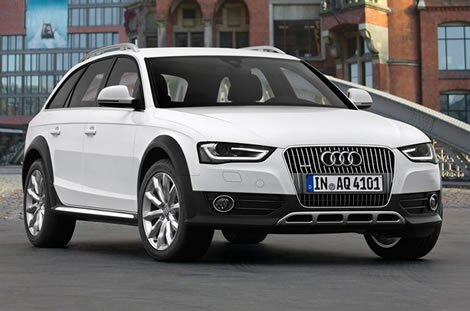 As far as the engines are concerned, the car will be available with an all-new 4-cylidner 1.8-liter TFSI unit that also powers the A5 Sportback. This engine develops 170 hp, which is 10 hp more than the one it replaces and it should return 50.4 mpg UK while the CO2 emissions should be of 134 g/km, which is 19% better than before. 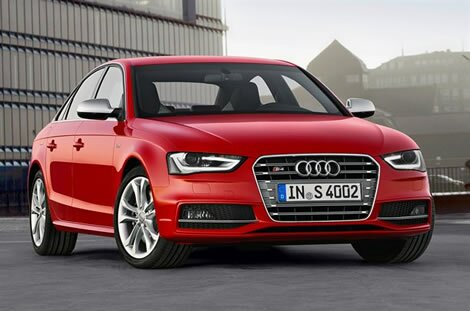 The entry-level gasoline engine will be the same 4-cylinder 1.8-liter with 118 hp, followed by a 4-cylinder 2.0-liter TFSI that churns 211 hp as well as the top-spec V6 3.0-liter supercharged engine that fires 328 hp in the all-wheel-drive S4. 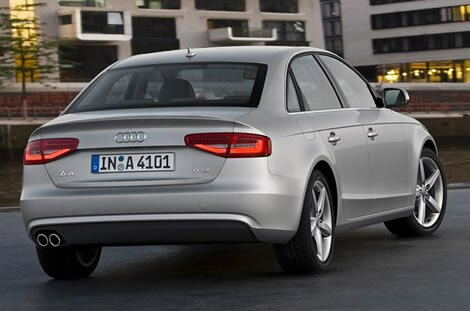 All of the FWD models are mated as standard to a 6-speed manual gearbox, but Audi also offers the optional Multitronic transmission, along with a double clutch, 7-speed S-tronic unit which won’t be available for all of the models in the A4 familiy.

From the 2.0-liter 175 hp 4-cylinder TDI power unit upwards, the Audi A4 can be ordered with an all-wheel-drive configuration. The ones fitted with a V6 engine also feature a sports differential which features torque vectoring for increased traction.

Another feature that will be available for all versions of the A4 is the electro-mechanical steering system, as well as the stop/start system, brake energy recuperation plus ancillary components that suck the energy only when required. Compared to the model it replaces, the new Audi A4 is 11% more economical.