Audi S7 to debut at the Paris Motor Show? 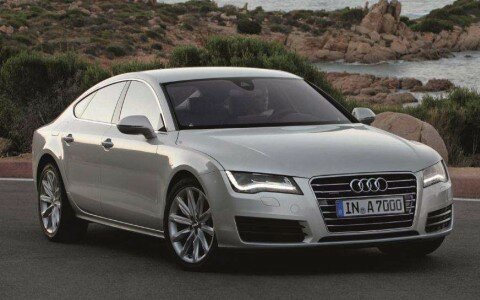 The Audi A7 Sportback is definitely quite a looker, and will no doubt impress those that want more space in their sedan but aren’t looking for a wagon model.

But as soon as the A7 Sportback was revealed by Audi, rumors were already flying around concerning its performance version, the S7.

According to the latest rumors collected by the guys at Autoblog, it seems that the S7 might be making its debut later this month, at the upcoming Paris Motor Show.

It seems that Audi wants to get the S7 out as quickly as possible, in order to complete the lineup. According to the rumors, we might not see a large displacement engine in the performance model, as the Lamborghini 5.2-liter V10 in the S6 or the 4.2-liter V8 in the S5 aren’t exactly the most frugal of units. Instead, and this might be a long shot, a new turbocharged 4.0-liter V8 might be prepared for the S7.

Autoblog also says that while the A7 Sportback will be available in the USA with just the 3.0-liter TFSI gasoline version and the ZF eight-speed automatic gearbox, the S7 might get a sportier S-tronic dual-clutch seven-speed transmission.

Still, bear in mind that these are just rumors, and Audi has yet to comment on all these speculations concerning the S7. Until it’s official, you can always get the S Line look-fast accessories.