Many car auctions are organized all around the world for classic and modern car collectors. Another type of car auctions also organized worldwide are the charity car auctions which are the perfect way to get rid of an unwanted car and in the same time actually help a person in need.

A charity car auction is a great way to lower your tax credit by getting rid of your old, used car during the event. There are organizations which support these car auctions for the purpose of raising money for a good cause while the buyers have the opportunity to get a good price on their car and to lower their taxes. Those who organize these events usually ask the help of an auction house or a specialized auctioneer. Sometimes they want to keep things simple and just organize it over the Internet. 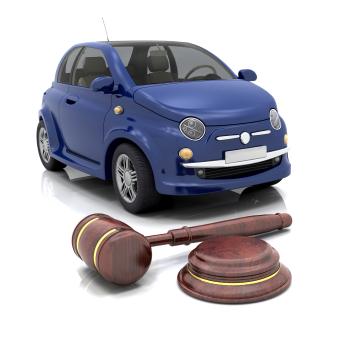 You may ask yourself why it’s so important to donate a car to a charity car auction. One reason is that all the cars donated are tax-deductible while the entire process is hassle-free. You should also keep in mind that the charity car auctions accept even cars that are no longer functional. So, by donating the car you are getting a better deal, because the team organizing the event will do the repairs in your place. But the best reason is that you will be helping someone who will feel his/her life is changing for the better. After all, this is first of all a charity event that focuses on helping people who don’t have the financial or physical possibilities to help themselves.

You can become part of a charity car auction by asking the local charities if they are interested in a vehicle donation. Some of these charity organizations are well known for the charity car auctions they organize so if you don’t want to search a lot you can consider an organization such as Habitat for Humanity or Goodwill. Once you contact such an organization, you should consider asking a few questions: “Where does the money raised from the sale go?”, if your donation is tax-deductible or if the donation you are willing to make will cost you any money? These charity events are usually advertised in the local newspapers, on radio or television, so these are other ways you can become part of them.

But there are also the online charity car auctions which have become more popular in the last few years. In fact, there are specially created websites that require car sellers and buyers to register first and then go on with their transaction. They will just have to fill out some forms and specify a bank account. For a while, different buyers bid and in the end, the highest bid is accepted and the money redirected to a charity. If you don’t want to have anything to do with the selling process you can just donate the car and let one of these websites handle the rest. An example of such a website is charity car auctions.com that you can access as long as you register.

If you want your old car to serve a good purpose for one last time, then a charity car auction should be its final destination.