The biggest players on the SUV market are the Ford Escape and the Toyota RAV4, but the new 2010 Chevrolet SUV has something to say as well being a fearsome rival. This car was engineered mostly in Canada and manufactured in the Ingersoll plant GM shares with Suzuki.

The most attractive thing about the 2010 Chevy Equinox LTZ AWD is, besides all the technical and engineering components, the low fuel consumption that in our days is very important for car buyers. In fact, while designing this 2010 Chevrolet SUV the GM team turned its attention to some of the most important features that are attractive for buyers, such as: quality, safety, value and of course fuel consumption.

The 2010 Chevrolet Equinox uses the same platform as Saturn Vue or Suzuki XL7, even has the same dimension when it comes to the wheelbase (2,857 mm). The shape of the car is a shade shorter and wider, but makes a good impression to viewers. An important feature of the body car is related to the rocker panels that are included in the doors. Therefore, when you get in or out of the car there will be no dirt on your clothes.

The exterior of the car makes it more attractive because of the mocha steel metallic paint, a color that is suitable for both sexes. The size of the SUV is perfect for all people, not too big, not too small while the back seat is roomy considering the type of car. Looking at the 2010 Chevrolet Equinox you will firstly appreciate the chrome accents, the panel gaps, the fender flares and the design of the rear. 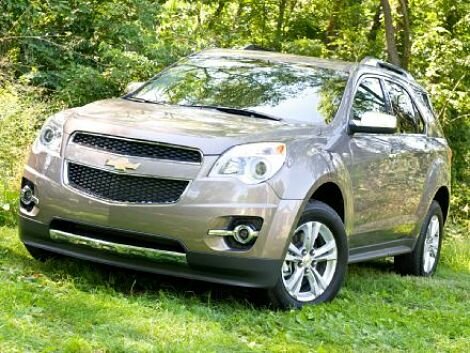 The engine of this 2010 Chevrolet SUV is a 2.4 liter four cylinders engine completed with a six speed automatic gearbox. This model is also available equipped with a 3.0 liter V6 engine. The 2.4 liter engine produces 182 horsepower and is equipped with direct injection. The Eco mode of the car helps the 2010 Chevrolet Equinox consume a small quantity of fuel. This car uses only 6.1 L per 100 km driven on the highway. This particular feature makes it more efficiently than the Ford Escape Hybrid when it comes to the fuel consumption.

The engine is really quiet. Moreover, the laminated glass doesn’t let the wind and noise on the road to be heard by the passengers. In addition, the 2010 Chevrolet SUV takes the matter seriously by using a noise cancellation system. More specifically, the speakers of the stereo system play to counteract the sounds of the engine.

The interior renders you speechless. Everything is placed where you expect it to be and the attention to details is remarkable: the satellite radio, the hilt with navigation or the two DVD screens that are placed on the rear-seat. The material used to cover the interior of the car is of course, leather, making the 2010 Chevrolet SUV look amazing. The modern touch makes its presence felt through the blue lightings that are placed on the dashboard, the remote starter or through the built-in hard drive with USB audio integration. 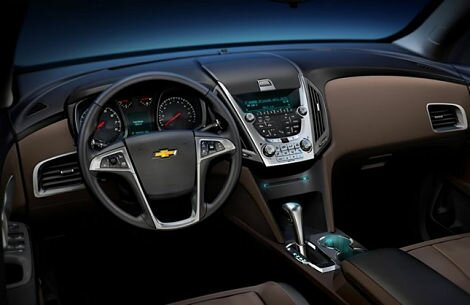 When it comes to space, this car competes with the smaller CR-V or Escape. The cabin space is generous with its sliding rear bench seat, rear legroom and split folding. Moreover, the luggage space is generous too going up to 889 liters when the rear seats are upright.

The 2010 Chevrolet Equinox offers you everything you want: comfort, space and high performance, at a good price. If you want refinement and a stylish car interior, the 2010 Chevrolet SUV is the perfect choice.