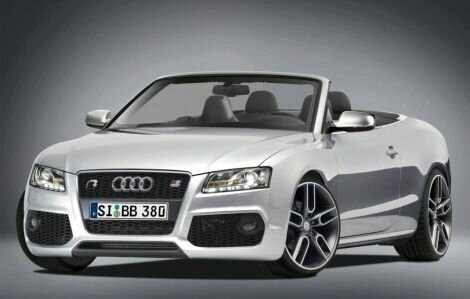 After developing some interesting performance kits for the Audi Q7 facelift earlier this week, the German tuning house B&B has just revealed its tuning packages for the Cabriolet version of the Audi A5 and S5. All of the engines available for the models have been upgraded to produce more power.

First off, the top of the range 3-liter TFSI engine can now reach a dizzying 415 HP with 520 Nm, largely due to the new sport exhaust system, but also to an optimized airflow and re-balanced electronics in the engine. The new top speed for this model will be 285 km/h (177 mph).

The 3-liter TDI engine hasn’t been forgotten, as it will now reach 325 HP with a torque of 640 Nm. The progress to this performance is in three stages: the first will see the electronics changed and the boost pressure increased, letting 280 HP and 585 Nm for €1,198, the second will see another optimization of the electronics costing just €100 more, and the third will outfit special unit-injector elements and a suction pipe to the cooling system for the engine, costing a heftier €3,950, but will reach the aforementioned 325 Hp and 640 Nm. 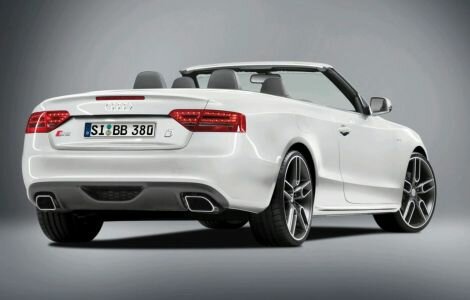 A special four-staged tuning program was made for the 2-liter TFSI engine, which will steadily increase the output to 250 HP and 400 Nm, for €998, followed by 260 HP and 295 HP for the next two stages, and culminating with the last one, which squeezes 310 HP and 465 Nm, through outfitting the engine with a special turbocharger and a sport exhaust system.

Besides all of these performance upgrades, B&B also offers special adjustable suspension, and the B10 and B12 wheel sets, with 20 inch rims, in order to look better with the revamped bodykit.