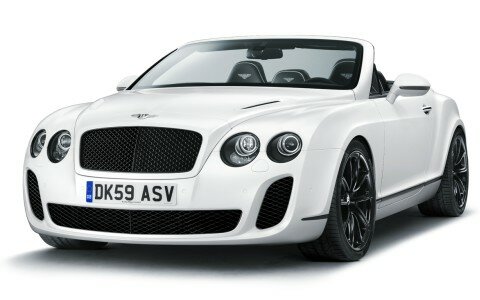 Bentley was extremely proud that its Continental Supersports was named one of the greenest cars in Germany, due to it being 85% recyclable, and has just announced that it will be adding the flex-fuel W12 engine from the Supersports coupe and convertible across the entire range of Continental models.

In case you didn’t know, the special 6.0-liter W12 engine in the Supersports can run on regular gasoline, as well as E85 bioethanol, or any mix between the two. Starting this July though, the British company announced that all Continental models, almost half of its vehicle lineup, will sport this capability.

This really helps the company’s plan of reducing CO2 fleet emissions by 15 percent until 2012. The only remaining models to run on petrol alone are the Brooklands coupe, Azure sedan and the new Mulsanne. But it will soon change, as the Brooklands is approaching the end of its life cycle and, according to the company, the Mulsanne will also receive a bioethanol version in the future.

Overall, if you want to flaunt your wealth and be green (not the Lambo variety), the new Bentley Continental models will certainly be a good idea.