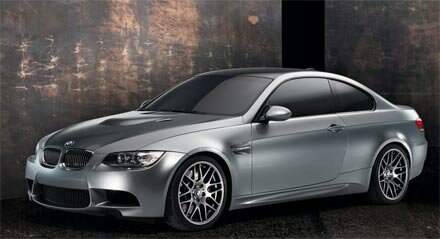 We all know that BMW takes pride in being considered one of the sportiest wide range german manufacturers, and that being said, their special performance M division has quite a job to do, having suceeded in most of them, their newest M3 being praised as a great entry level sedan, but there’s always room ot improve, such is the case that the CSL version of the M3 is reported to appear in early 2010.

This CSL version, standing for Coupe Sport Lightweight, will represent the top of the range of 3 series based models, essentially being a much lighter version of the M3. The target weight to be saved is around 100 kg, engineers using a lot of carbon fiber based materials and eliminating altogether “luxuries” like the radio, A/C or the navigation deemed not worthy of this pure performance oriented car.

But the changes don’t end with the “diet” that the car has been put on, the CSL will have a new reworked suspension, a boost of almost 50 bhp for the engine, taking it to a total of 470 bhp and to transfer all this power to the road, new performance tires will be fitted to special rims. To demonstrate the track oriented use for this model, BMW hope it will lap the Nurburgring in 7:45, other supposed performance specs are the 0-100 km/h time of 4.5 s and a top speed around to 300 km/h (186 mph).

All of this performance does come with a cost, prices set to be around €90,000, and considering the limited run of the previous model of about 1400 cars, buyers should hurry when it will be officially announced.

One Response to BMW M3 CSL scheduled for 2010