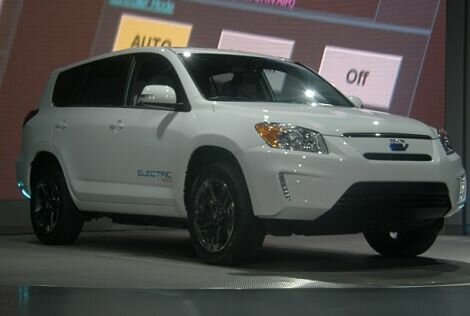 It seems that BMW, Toyota and Daimler are looking for new and affordable ways of powering their future electric-powered cars that will replace the conventional gasoline-powered vehicles. These carmakers are testing at the moment the lithium-ion battery packs that are assembled by Silicon Valley for Tesla Motors. These units are more affordable than the bigger and car-only models that Nissan, General Motors and Mitsubishi are using. The beautiful and innovative Tesla Roadster that has a price tag of $109,000 is powered by no more than 6,831 cylinder-shaped cells that are manufactured by the Japanese giant Panasonic Corporation. With this battery, the Roadster is capable of doing 295 km (245 miles) on a full charge.

According to Sanyo Electric Company, who is at the moment the biggest producer of batteries in the world, the development of automobiles powered by lithium-ion batteries will triple the sales of these manufacturers in 10 years to $60 billion (5 trillion yen), from only 1, 5 trillion yen in March 2010. A Tokyo analyst that works for Advanced Research Japan stated that these rechargeable consumer-electronics batteries will benefit from an economy of scale which will most likely reduce the costs for manufacturing and cut the prices for electric cars. Endo added that “it may lead to the total component cost of an electric car getting lower than that of a gasoline car. As the cost lowers, there’ll be more likelihood that retail prices of electric cars will drop.”

According to Bloomberg  New Energy Finance, the cost of an electric vehicle at the moment is more than three-quarters higher in comparison to gasoline cars, as the Chevrolet Volt manufactured by General Motors has a base retail price of $41,000 while the Nissan Leaf’s can be bought for a starting price of $32,780. According to consultant Frost & Sullivan, the cost for an electric automobile is almost double to manufacture in comparison to a gasoline-powered vehicle, because of the very expensive batteries that power these vehicles.

J.D. Power and Associates estimate that the sales of hybrids and electric vehicles will reach by the end of this year 954,000 units worldwide which is about 2.2% of the market share. The biggest shareholder at Sanyo is Panasonic, who is the main supplier of the lithium-ion batteries that power the Tesla. Last month, the Japanese electronics giant bought stakes that value $30 million at the company in Palo Alto, California. Besides Panasonic, other important companies that own stakes at Tesla are Daimler and Toyota.

After opening a new factory in Osaka, Japan; Panasonic raised their annual production rate for small-sized batteries by 9%, reaching 1.4 billion batteries. Due to the tougher competition in the television manufacturing business, Panasonic is searching for ways to increase their sales of energy-related products. The German automaker BMW has leased 450 Minis that will be powered by laptop cells. Volkswagen is at the moment studying the technology in their facility located in California, United States. 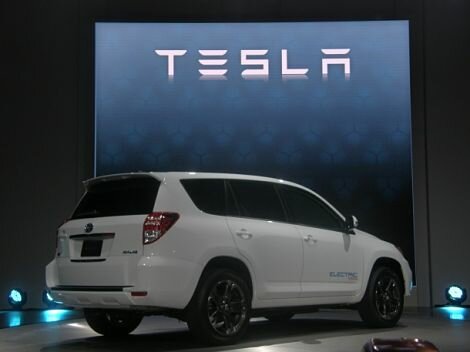 Tesla’s founder Martin Eberhard, affirmed that the cost of manufacturing larger lithium-ion batteries is about $700-$800 / kilowatt hour, in comparison to the mass-produced packs that use small laptop cells that cost about $200. He added that “it’s a much more effective approach. There’s a huge advantage in terms of economy of scale.”

He added that in the present, the factories that are manufacturing small cells are running at their maximum capacities in order to fulfill the increasing demand. From this situation will benefit many electric vehicle produces that cannot afford developing their own batteries. General Motors has a partnership with LG Chem Ltd., located in South Korea, for the batteries that power the Chevrolet Volt, while Nissan teamed up with Nec Corporation, who is the largest PC maker in Japan, for making the batteries that power the popular Leaf model.

The Japanese automaker giant Toyota is working side by side with Tesla for the electric version of the small sport utility vehicle RAV 4 model, while the plug-in Prius hybrid as well as the small, electric vehicle that is due in 2012, will employ larger batteries. The president of Toyota Corporation, Akio Toyoda said that “when the customer decides “this is the car I want”, we want to be that full-time marker who has the answers for that customer. By using both car batteries and laptop batteries, we are able to provide customers with a wider variety of choice.”

The Tesla shares rose more than 80% in 2010, compared to an 11% increase in the Russell 1000 Index, although the carmaker delivered less than 1,500 units of their Roadster model since 2008. The shares of Toyota have plummeted 15% in 2010, mostly because of the many car recalls.

The problems that might appear with lithium-ion batteries in the consumer electronics market relate to the fact that they have a long history of recalls due to overheating issues that can cause a fire. The world’s largest cell phone manufacturer, Nokia, offered three years ago to replace no more than 46 million Panasonic phone batteries. In order to reduce the risk of overheating, Panasonic is now using an insulator film located between electrodes, according to a spokesman from the company.

Back in 2006, Sony Corporation recalled about 9.6 million lithium-ion batteries due to metal parts that infiltrated into the cells during the manufacturing process which could have caused overheating and short circuits.

A Roadster owner by the name of Scott Painter stated that he doesn’t have to worry about what is going under the hood of his car as he hasn’t noticed any problems with the battery since he got the car two years ago. He is the CEO of Truecar Incorporated, who is an automotive-sales and data-marketing firm located in Santa Monica, California. He also said that “I’ve never been found wanting on the batteries. I step on the pedal and it goes like a bat out of hell.”