Each year, all around the world interesting and exciting car auctions are being organized. But everybody knows that the most famous car auctions and auction companies originate from England.

One of the largest and well known auction houses in the UK and even the first one in Europe is the British Car Auctions (BCA). This company was founded by David Wickins in 1946. It has more than 21 branches all around the world in countries such as UK, Germany, Portugal, Spain or Poland. The company acts like a mediator between the vendors and the buyers and usually chooses to represent small companies, banks, private individuals, leasing and finance companies that have cars on sale.

The British Car Auctions doesn’t only help sell the cars, but it also provides complete services, such as car inspections and logistics, car’s documents management, smart car repairs. Moreover, the auction they organize imply physical, but also Internet auctions and not only.

In 2010, The British Car Auctions sold more than 3,000 cars per day in both standard auctions and on the Internet. The annual profit reached the sum of £4 billion. That’s because this company deals with a large number of cars during the year, some of them being part of commercial brands that are driven every day by one of us. Of course, the well known, more expensive car brands such as Ferrari, Aston Martin, Lamborghini, Bentley or Porsche didn’t miss the auctions that were organized by the British Car Auctions either.

The cars that were sold in 2010 by this auction house belonged to different categories, such as the New Holland Leisure train, a pair of Road Trains that were seen at beach resorts or a Mobile Office with 12 workstations based on the Iveco truck. The classic cars were part of the profit too. The star of the sales was a 1959 Ford Zodiac Convertible that was sold for £6,300 even if it wasn’t complete.

But the top of the sales was a 2006 Bugatti Veyron EB 16.4, one of the only 300 cars ever built, which brought the British Car Auctions no more and no less than £625,000. Another important sale was the 2008 Rolls Royce Phantom drop head coupe that convinced its new owner to pay £195,500. The Rolls Royce will be remembered because it was part of the 266 cars (including a 2008 Lamborghini Gallardo Spyder sold for £90,000) that were sold at an auction worth £4 million for the British Car Auctions Company. 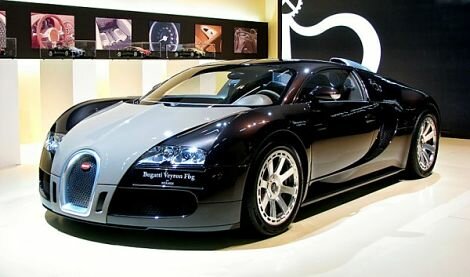 Another impressive car sold by the British Car Auctions was a Ford Cortina 2000 GT that was used by BBC to check out the locations where some important British movies were shot. The price tag of this car was £2,200. Another car, the Honda CR-Z Hybrid Coupe brought to the auction company £18,500.

On the best sales list made by the British Car Auctions is also included the 2010 Pink Passion Smart Car that was sold for £10,500 at a charity auction to help the Royal Marsden cancer hospital. Another hit was the incredible Iveco Euro Cargo that was modified to become a mobile office and to promote recycling brought to the company the sum of £38,500.

In conclusion, this auction company is a good example when it comes to British refinement and style and is an impressive competitor of the American auction companies. Once again, in 2010 the British Car Auctions maintained the prestige and the reputation they earned in over 60 years of activity in the car industry.