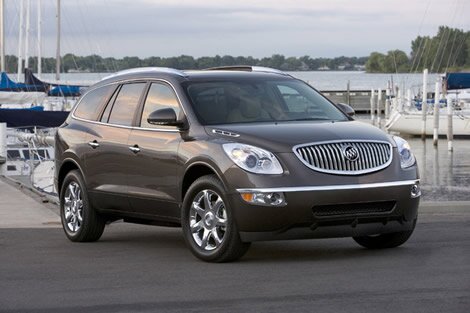 Although rollovers are among the rarest of car crashes, the engineers over at Buick thought that providing maximum protection against them is a good idea, and I totally agree with them as in my opinion a car can never have too much safety features. The 2011 Buick Enclave managed to grab a five-star overall vehicle safety from the National Highway Traffic Safety Administration (NHTSA) and it was also awarded with a “Top Safety Pick” by the Insurance Institute for Highway Safety (IIHS).

The Enclave has been fitted with the StabiliTrak electronic stability control with traction control, rollover mitigation, anti-lock brakes and Panic Brake Assist – all helping the drive avoid such crashes. The sensors are able to predict in a fraction of a second whether a rollover is likely to happen. If it indeed senses a rollover, this system will send a signal to deploy the front seat safety belt pretensioners and head curtain side airbags in order to protect the passengers. These pretensioners will reduce safety belt slack, while the load limiters moderate the load of the safety belt on the occupant in a crash.

From NHTSA’s Traffic Safety Facts report that was conducted in 2009, rollovers accounted for 2.2% of all car crashes, while fatalities from these crashed amounted to 35.4% of all traffic deaths.