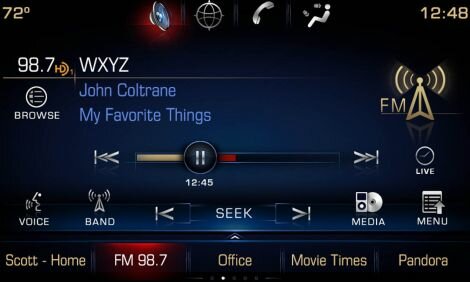 The long-awaited connected car system from Cadillac was announced yesterday during the CTIA mobile technology conference in San Diego. The result: the in-dash entertainment control system impressed by its combination of style and automotive applied science.

So, let’s have a look on its features:

As further plans, producers’ intend to open the system up to interaction with applications created by third-party developers. If you are already enthusiastic about the system, you should be patient, as CUE will be first installed on Cadillac’s 2012 XTS, ATS, SRX models.

“Within 12 months, you’ll see this in every refreshed Cadillac we make,” said Micky Bly, executive director of global information systems.