When you have a dream, you do whatever it takes to fulfill it. So, when it comes to cars, even if you’re rich or poor, you try to exploit all the opportunities by participating to car auctions. People who love cars know that every year they can see their dreams come true at the California car auctions.

In June 2010 at the Orange County Fairgrounds took place the Collector Car Auction organized by the Barrett-Jackson auction company. More than 400 different models and styles of cars made the event enjoyable. Hot rods, classic and original cars turned the auction into a real success, with sales reaching over $15 million. The competition was fierce and more than 58% of the buyers were for the first time in the shoes of a bidder. Cars like the 1980 Clenet Series II Cabriolet, a 4-speed automatic car with overdrive (only 31 of these cars were ever made) sold for $18,700 or the 1981 Delorean Gullwing that came with a price tag of $24,200 were stars of the event.

But the main focus was on a 1970 Chevrolet Chevelle SS 454 Convertible, which was sold for no more and no less than $253,000. The car has been restored and it can praise with its F41 suspension, tinted glass, special Cowl Induction hood, M22 Muncie “Rock Crusher” transmission and its original matching numbers engine. Its competitor when it comes to price tag was a 1970 Chevrolet Chevelle SS Custom Coupe. This spectacular car came with some interesting features as well: a TCI Automotive 6*6- speed 4L80E transmission, a K&N air filtration and an extreme sound system from Sony. The price was proportional with the quality and went up to $250,000. Even if it wasn’t the best selling the 1936 Ford Custom Five Window Coupe with a three-speed automatic transmission and a 350 engine, still brought a “few bucks” (only $165,000) for its owner, Jesse James. 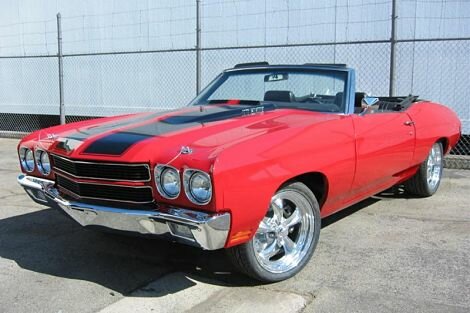 Addictive car lovers could also participate at another amazing auction in 2010 in California, the Keith McCormick Exotic Car Auction held in Palm Springs. Trust me! It was a nice way to spend your time and money.

Keith McCormick’s Exotic Car Auction is famous for the exotic car circuit and is one of the best ways to find amazing vehicles if you are a car collector. Because of the diversity of the cars that were up for auction, all tastes and all ages could find a little something to bid for.

More than 600 trucks, motorcycles and collectible cars from the 1960’s and 70’s, US or foreign sports cars, put your mind in trouble when it came to decisions. A little over 20,000 visitors were present at this auction and another 50,000 where able to be part of the event because of the online option. That’s how people from all over the world: Europe, New Zealand, Australia and across the USA were able to enjoy the show from their homes and even participate by bidding.

California car auctions raise interest every year. When you think about a fun way to spend your time or about serious business like buying a car think of California! It’s a great choice!