Recently, Experian released a yearly report regarding the used car sales in the UK. The information provided by this company is surprising because there were some changes in the best sold top from last year. 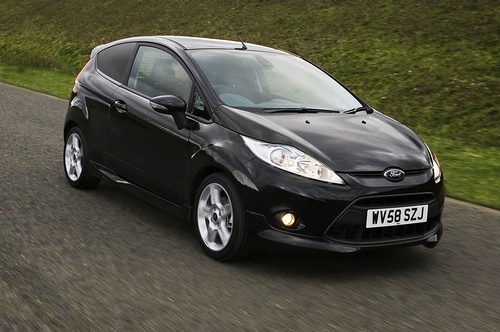 In 2010, Ford Fiesta managed to win the first place on the list of the best used cars sold in the UK, displacing last year’s winner, the Vauxhall Corsa. The Ford Fiesta was sold in more than 286,000 units being available in two different versions: the coupe and the hatchback. It features CD player, a rear spoiler, Sync multimedia system and satellite radio. The optional features available for the Ford Fiesta include special paint colors, leather upholstery, heated front seats and a sunroof. It’s equipped with a 1.6 V4 engine able to produce 120 horsepower and a five-speed manual transmission. The prices for a used Ford Fiesta vary between £7,999 for a 2009 model and £15,000 for a 2011 used car. The second place was won by Vauxhall Corsa with 278,000 units sold. In the UK, a used Vauxhall Corsa costs between £6,795 for a 2007 model and £17,595 for a used 2011 model. For example, a 2009 Vauxhall Corsa features ABS, remote central locking, front fog lights, heated door mirrors and adjustable driver seat. It’s equipped with a 1.2 liter petrol engine able to produce 150 horsepower. Also available is a 1.7 liter CDTi diesel engine version able to deliver 125 horsepower and achieve a maximum speed of 121 mph.

The bronze winner of the best used car sold in 2010 top is the Vauxhall Astra which sold in 271,412 units. Its price varies between £1,990 for a 2003 model and £22,995 for a 2011 used Vauxhall Astra. This car offers a comfortable and spacious interior with high quality materials. Under the hood it hosts a 1.4 liter engine able to produce 90 horsepower. But there are also available other engine versions including a 1.6 liter and a 1.8 liter engine able to produce 140 horsepower and two turbocharged 2.0 liter versions which offer 170 horsepower and 200 horsepower. 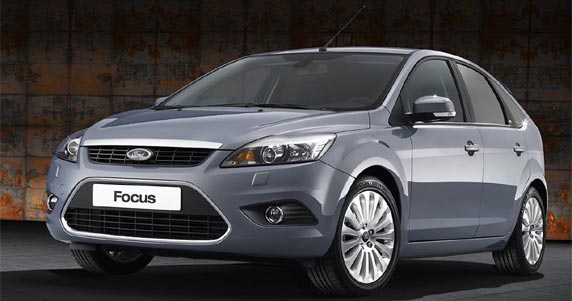 The fourth place was won by Ford because of the Focus model which was sold in 259,355 units. The price for a used Ford Focus varies between £1,990 for a 2001 model and £11,499 for a 2010 used Ford Focus. For example, a Ford Focus manufactured between 2000 and 2004 is equipped with a 2.0 liter DOHC engine able to produce 130 horsepower and a five-speed manual transmission or a four-speed automatic transmission. It also featured antilock brakes, stability control and front-seat side airbags.

The Volkswagen Golf won the fifth place, being sold in 200,000 units. This car is one of the first small hatchbacks on the market. The more recent used Volkswagen Golf models are available with different engine versions including a 2.8 liter VR6 engine which equips the GTI model and a 1.8 liter turbocharged V4 engine. The TDI models are equipped with a 1.9 liter turbodiesel V4 engine able to produce 90 horsepower. For example, a 2001 used VW Golf features air conditioning, an anti-theft alarm system, three-point safety belts, a four-speed automatic transmission, a Monsoon sound system and cruise control. The price for a used Volkswagen Golf varies between £2,695 for a 2001 model and £22,990 for a 2011 used VW Golf.

More in Automotive Articles (36 of 936 articles)