Fast and Furious 6 is on the way

We got lucky. Our patience did not left us and we stayed for the ending credits of Fast Five. We got to witness and see the breadcrumbs the producer left us.

Two more minutes of FBI searching for criminals on wheels. They found something. Looks like Fast and Furious 6 is on the way with Michelle Rodriguez in the cast again as Letty. No other details are yet exposed, but we’ll keep you posted with updates.

Probably the biggest FBI agent ever in a movie, The Rock talks about his experence as a Fast Five cast member, about Brazil and about his co-star Vin Diesel.

In Fast Five Dwayne fights Vin in an epil 4 minutes battle which you should not miss.

This Fast Five beauty craves for speed outside Hollywood’s studios.

Check out Elsa Pakaty on her own Ducati. Talk about sexy, huh? While during Fast Five she leaves the driving to the big guys, in her personal life things are different.

And we honestly think FHM’s judges are losing it!

This Israeli beauty cannot miss from the 2011 top 100 most sexiest women in the world.

While Fast Five sets the tempo in box office battle with a couple of hundred millions $ in the first week, Vin Diesel gets the credits from the fans.

Check out Vin in Rome after Fast Five launch a couple of days ago having a blast with these beautiful twins. Who said acting is easy?

A lot of people went out to see Fast Five this weekend in the US. They sure didn’t leave disappointed from the theaters because Vin Diesel’s blockbuster has what it takes to be on top. 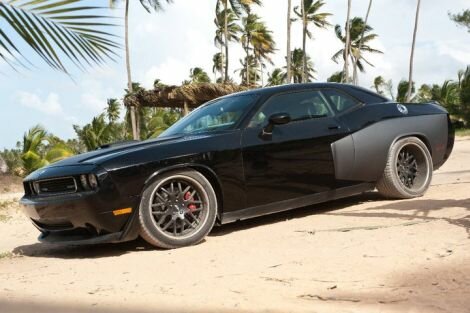 Most of the cast were present yesterday in Germany to honour Fast Five premiere.

The event was held at the Cinedome in Cologne and showed everyone how relaxed the Fast Five stars are. One more day, US, one more day!

Vin Diesel and his co-star Elsa Pataky were present yesterday in Madrid for the spanish premiere of Fast Five.

While Europe got the latest Fast and Furious movie one week earlier, US has to wait until friday.

Meanwhile, in Australia, Fast Five climbed all the way up in the box office with two million dollars worth of tickets in the first weekend.

If you missed last week’s Fast Five premiere event, you can watch the full thing on the internet. All the stars were there, all of them spoke with the press and gave a strong feedback about how were the final weeks before the world premiere.

Access with the volume up for a better experience and witness some cars flying all over one particular Youtube page.

Fast Five has just released a 3:44 minutes clip featuring a short part of the vault heist scene from the movie.

You can watch the entire clip on UK’s The Sun website. Just click on this link and enjoy!

The whole Fast Five crew was present last week in Brazil for the movie’s premiere. Sunny Rio de Janeiro was the perfect set up for the stars to honor the local authorities.

Vin Diesel and Dwayne Johnson recieved a special gift from the famous brazilian soccer team Flamengo. The two black and red t-shirts were probably the largest Flamengo ever made. The Fast Five stars were happy to wear them, as you can see in the photos below.