Apparently, 2011 could be named the year of royalty. After the wedding of Prince William and Kate Middleton, the next royal wedding on the list is the one between Prince Albert II of Monaco and Miss Charlene Wittstock, on Saturday, July 2, 2011.

In April, we have all enjoyed the British classic car show on the ride to Westminster Abbey, from the Rolls-Royce Phantom IV built in 1950 (with Prince Charles, and his wife Camilla), the 1977 Rolls-Royce Phantom VI (carrying the bride and her father), to the rare 1969 Aston Martin DB6 Volante MKII and the pair of custom Bentleys that transported the Queen and Prince Philip and Princes William and Harry. Not mentioning the fact that the whole wedding was the perfect occasion for girls to imagine themselves princesses for a couple of hours.

This time, for the wedding of Prince Albert II of Monaco, the official wedding car will be Lexus LS 600h L and the Japanese carmaker is undergoing some modifications for the moment.

We expect to have at least the same joyful moments with cars at this year’s second royal wedding, as at the British royal wedding in April. Until then, you can watch the official photo and video of the Lexus car, released a few days ago. 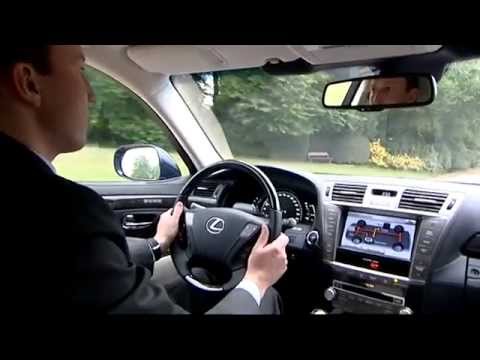 What do you think about the car: is it suitable for a royal wedding?

Lexus has taken to the trend of 3D billboards and has gone all the way with promoting their new hybrid, the Lexus. The car maker turned Los Angeles landmark, Hotel Roosvelt, intro a display of all things celebrating the bond between cars and the Earth we live on. Although this relationship may not always be perfect, it’s still something worth materializing into an entertaining piece of 3D projection.

I have to say that this is one of the best 3D building projections I’ve seen. The Lexus CT 200h was presented in the best way possible. From the script to all the tiny details, it’s something memorable. Hit play and check it out! 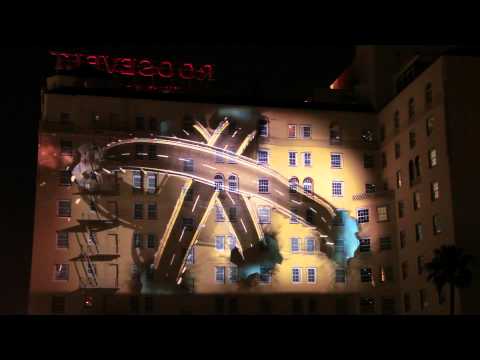 I never liked the idea of a tuned Lexus and this latest package developed by Fox Marketing is another reason why cars like these should stay stock. This one-off CT200h was unveiled during the New York Auto Show and it is a bespoke model that packs a wide bodykit with modified fascias, updated side skirts and an awful-looking very aggressive rear diffuser. Those 20-inch alloy rims are not that bad, along with the Cinnamon paint job and the tinted headlights, but that diffuser ruins the car.

Nothing special going on inside the cabin, where we find Yonaka Ronin racing seats, illuminated “Lexus” logos in the door panels and an aluminum trim.

The car’s 1.8-liter engine has been fitted with an Eaton supercharger, a high-performance intercooler and a Climax Racing intake manifold. No performance figures have been revealed but the Japanese automaker says that the power plant should deliver about 300 hp (304 PS / 224 kW).

Lexus has decided to unveil its LF-Gh Concept, ahead of the car’s official debut at the upcoming New York Auto Show. “LF-Gh” stands for Lexus Future Grand-Touring Hybrid. That “aggressive and bold spindle-shaped front grille” will eventually make it in the company’s production models. I for one like the grille, but I don’t think it’s suitable for a car manufacturer like Lexus.
(more…)

In the last three months, Mercedes has been the top premium brand as far as sales are concerned in the United States. The German automaker managed to sell 21,484 units this March, which is 9.4% more than they did in same period of 2010.
END_OF_DOCUMENT_TOKEN_TO_BE_REPLACED

The Japanese car manufacturer Lexus has announced that it plans on bringing the LF-Gh concept at this year’s New York Auto Show. Despite the fact that they weren’t willing to share any information about the car, our guess is that this concept will preview the next generation of the GS model, which should be announced later this year.

The car you see in these pictures is a development mule undergoing testing in Germany, and our colleges over at WCF managed to take these spy shots. This mule hints that the 2012 GS will be a little bit longer and wider in comparison with the outgoing generation. In addition, the new one will probably get a more aggressive L-Finesse design that will make it more interesting as a rival for the Infiniti M and the Audi A6.

The concept will get its official unveiling on April 19th.

Lexus proves itself once again

Last week, a guy tried to recreate the commercial that made one of the most powerful statements in Lexus’s history: the wine glass ad. As you could imagine, he failed.

But Lexus heard about this and they said it could be done. So they took a 2011 LS460 and a 1990 LS400 into the garage and revved them up to 4000 rpm. So Lexus proved, once again, that it sticks to the promises it makes. Watch the video below: 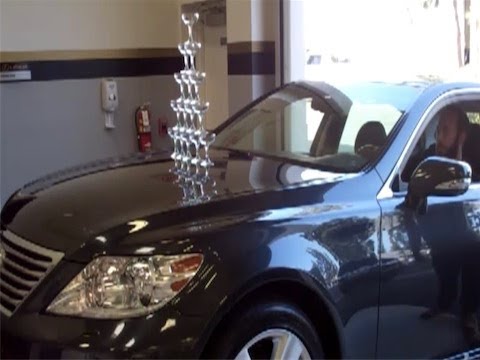 Designed for the European market, the new Lexus CT200h hatchback is now available in the UK .It has a base price of 23,485 pounds, which is 1,380 less in comparison to the most affordable Lexus model available in the United Kingdom, the IS200d, a model that packs a 2.2-liter turbo diesel power unit that cranks out 150 hp.

According to our colleges from Autoblog, the 2012 Lexus GS and the Scion FT-86 concept will be making an appearance at the 2011 New York Auto Show that will take place in April. The redesigned GS will come with a sportier appearance and a brand new platform that will be shared with the next-gen IS model. Other info is not available at the moment, but most likely it will get the same engines as the current model, with maybe a few minor upgrades for added performance and efficiency.

The Scion FT-86 will be nothing more than a rebadged version of the Toyota FT-86 II concept that we just saw in Geneva last week. The only difference will probably be the use of a Subaru-sourced 2.0-liter Boxer power unit that can develop about 200 hp (203 PS / 149 kW).

Announced back in June 2010, the Nurburgring package for the Lexus LFA has been unveiled at the 2011 Geneva Motor Show. Designed in order to make the supercar more track-oriented, those who have the money to buy it will also get “Ring” driving lessons and a one year pass on the course. Lexus said that they are only making 50 packages for the LFA which is 10% of all the cars that are going to be produced.

With this Nurburgring package, the LFA benefits from carbon fiber body pieces for the fixed rear spoiler with fins, the big front spoiler as well as the side spoilers. In comparison to the standard edition, this limited series sits on a new set of lightweight alloy rims combined with racing tires.

The basic price for the Lexus LFA Nurburgring Package is $70,000 (50,939 Euros) and customers will have to choose from one of the four exterior paint colors: orange, white, black and matte black. The European-spec LFAs will also benefit from carbon fiber seats wrapper around in Alcantara plus a carbon fiber center console and door inserts.

A couple of weeks ago, Lexus announced that they will bring the LFA with the Nurburgring Package to the 81st edition of the Geneva Motor Show. Yesterday they’ve revealed the car’s specifications and they are quite impressive.

Under the hood it will have the same V10 4.8-liter as the standard version, but it will output 10 hp more, rounding up the figure to 562 hp. The LFA will be able to do the 0-60 mph sprint in 3.7 seconds and the shift times will be reduced by 50 milliseconds to only 150. This limited edition will benefit from additional aerodynamic elements, improved brakes and a 10-mm lower suspension system.

The exterior colors for this model will be restricted to black, matte black, orange or white while the interior can be finished in black and purple, black and red or all-black. The customers from Europe will get a carbon fiber center console and door trims, with carbon fiber sports seats finished in Alcantara.

The Japanese automaker said that they will produce only 50 units of the LFA Nurburgring and each one will cost from $375,000. Probably, they will sell them in a blink of an eye.


Well, it seems like Lexus is relying on beautiful women to take its message into the world. The new advertising platform from the Japanese car maker is called “Face of Lexus” and the first ad features the beautiful Kylie Minogue.

Lexus boasts with building the world’s first full hybrid luxury compact car and invites us to “join the quiet revolution”. the new CT 200h is supposed to be your own quiet cocoon, right there, in the middle of traffic insanity, where you can breathe and relax for a few minutes. And I must say, that doesn’t sound all that bad.

Check out the commercial below:

And check out this interview with the beautiful Australian singer:

In today’s world of supercars it is almost impossible to buy one without the launch control system. The 2011 Lexus LFA is no exception to this rule and although with its 0-60 mph sprint time of 3.7 seconds it is not the fastest out there, it still is a very quick car nevertheless.

The driver of this LFA pushes the supercar all the way up to 260 km/h (approximately 163 mph) before he decides to take his foot off the throttle. The video posted below focuses on the LFA’s tachometer as the car bolts from a starting line with the aforementioned launch control lending its welcomed assistance. 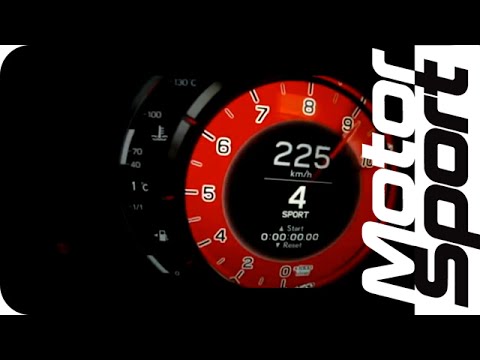 Lexus recently unveiled the IS 350C F Sport Special Edition convertible which will go on sale later on this month in the United States. They will make only 175 units of this car and each of them will have a base price of $55,120 plus $875 for the destination charge. Over the standard model, this special/limited edition is going to offer some performance upgrades as well as some styling modifications.

This hardtop convertible is going to be offered in a choice of two new colors (Obsidian or Starfire Pearl) and will be available with bi-xenon headlights with integrated LED daytime running lights, 19-inch alloy rims that have  a dark graphite finish, covered by 225/35 Michelin Pilot Sport rubber. Needless to say, that the car will also feature special exterior badging.

The Japanese engineers have fitted the car with new Bilstein shock absorbers, a sway bar and shorter springs in order to improve handling.

The Wald International Lexus LS600h Black Bison Edition (long name, isn’t it?) was revealed first  at the Tokyo Auto Salon that was organized a couple of weeks ago, but now the luxury tuner has published a few pictures with this mean-looking black machine. A year ago they launched a styling package for the facelifted Lexus LS460 (the 2010 model) and due to the high demand; they’re back with this Black Bison design template.

As you can easily see from these images, the car has been heavily stylized, offering a new front bumper that features vertical LED DLRs along with an awesome blacked out grill, side skirts with louvre design accents, a new roof spoiler, fenders with chrome vent molding, an updated rear bumper fascia that has a diffuser and a deck lid spoiler.

In these pictures you see the LS600h, but Wald said that the Black Bison Edition will be available for the LS460, along with the LWB (long wheelbase) version.