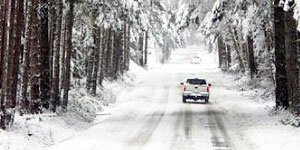 As previously mentioned, the new Pagani Huayra will have a base price of $1,368,800 and the company will make only a few units.  This means that most of us will not be able to drive one in real life, unless we have a very wealthy friend. The next best thing would be to buy Shift 2 Unleashed which will feature Pagani’s new supercar. The Need For... ...read the full post

Pagani Zonda Uno Most of us thought that after Pagani launched the one-off Tricolore, the Zonda would be officially dead. Another one-off model made by the company was this Zonda Uno that was commissioned by Ana Al-Thani, who is a member of the Royal Family of Qatar (of course). Pagani Zonda Uno This blue-painted Zonda you see in these pictures is powered... ...read the full post

Pagani Huayra The cool-looking Pagani Huayra will be officially sold in the United States, unlike the Zonda which was never retailed in the US, throughout its decade-long production run, but there are a bunch of units resting in the garages of passionate collectors. Pagani Huayra Named after an ancient god of wind, the Huayra is different from the Zonda... ...read the full post

Pagani Huayra After dozens of spy shots and a couple of teasers, our anticipation has come to an end as Pagani finally unveiled their latest supercar, dubbed Huayra. Named after the god of wind, Pagani decided to reveal this awesome looking car ahead of its debut at this year’s Geneva Motor Show. Under the hood of this beast you will find an AMG-based... ...read the full post

2011 Pagani Huayra We live in the world of supercars dominated by Ferrari, Lamborghini, Aston Martin and the rest of the crew. Ferraris are known for featuring the latest technological developments; Lamborghini is that school bully that with age developed a bit of common sense while the Aston Martin is the sophisticated gentlemen spy (007) that can... ...read the full post

Rolls-Royce Phantom Drophead Coupe The most “affordable” car in the top 10 list of the most expensive cars in the world published by Forbes is the Rolls-Royce Phantom Drophead Coupe – with a price tag of $447,000. Equipped with the same massive V12 453 hp engine like the standard version, the open top configuration is a real beauty to see and... ...read the full post

Finding out the fastest 10 supercars until this year was not actually a hard thing to do because there weren’t that many cars launched that could fit in this top. In the following you will see some cars that are more than 10 years old that are still eligible for the “supercar” title. Bugatti Veyron 16.4 Super Sport Bugatti Veyron 16.4 Super Sport... ...read the full post

Last week we reported on the teaser website Italian supercar manufacturer Pagani launched for yet another one-off Zonda model. The Pagani Zonda HH was detailed a bit, promising to blend equal parts Zonda F with the Cinque, as well as borrow some elements from the beast which is the Zonda R. Now, the car has finally been pictured, and as you can see,... ...read the full post

After hearing the rumor that the Pagani Zonda R broke the lap record at the famous Nurburgring Nordschleife circuit, we saw the video confirmation of the amazing feat at the beginning of the week. Now, the company’s founder, Horacio Pagani, stars in a brand new video, showcasing how important the Zonda R model is for the Italian supercar manufacturer. We... ...read the full post

Pagani is definitely becoming as popular as the other Italian supercar manufacturers like Ferrari or Lamborghini. As such, the company has been assaulted with orders for specific one-off models, all based on the current Zonda. The latest one seems to be the Pagani Zonda HH, which is currently being teased on a new website.According to the guys from... ...read the full post

A few weeks ago, we reported on a story that the stunning Pagani Zonda R had broken the last Nurburgring Nordschleife lap record, held by the equally breath taking Ferrari 599XX. The ‘other’ Italian hypercar managed an impressive run of 6 minutes and 47 seconds, setting a new record for production models (even though the Zonda R isn’t... ...read the full post

Italian supercar manufacturer Pagani might have some serious future plans, which involve not one, but two exotic models. As you all know, the current Pagani Zonda is nearing the end of its life cycle, and will be replaced with the V12-powered C9. That’s not all, at least according to a recent report, which indicates that the company will launch... ...read the full post

The Nurburgring Nordschleife circuit is definitely one of the most iconic tracks today, seeing both many motorsport competitions, but being also the premiere testing ground for high performance models. Given the prestige of the track, you can be sure that many carmakers want to boast their impressive lap times as a testament to their model’s... ...read the full post

You could imagine that if you were given the keys to a Pagani Zonda for a quick test drive (our dream), you’d drive it as carefully as possible. Sooner or later though, that massive 7.3-liter V12 engine would get the better of you, and you will have to floor it just to feel the rush. Sadly, a driver in the UK felt a bit more than just a rush,... ...read the full post