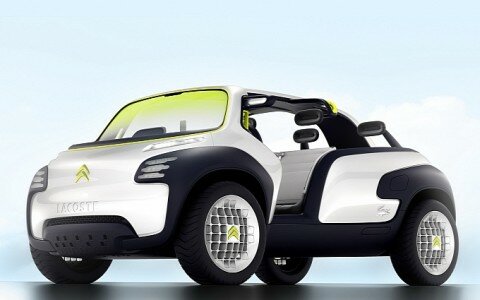 Citroen is continuing its long line of concepts this year, and has revealed a new one, much more radical than the anything we’ve seen from the French company.

The Citroen Lacoste concept, as its name suggests, has been revealed as a product of a partnership between the automaker and French apparel company Lacoste.

The model is presented as a ‘stylish, yet minimalist’ buggy, almost the size of the current C1 compact, and using the same three-cylinder engine. The windscreen has a greenish hue, but can be lowered at the press of a button. The dashboard uses a new type of display, with large pixels, similar to early video games like Pong.

There’s no traditional roof, as Citroen opted for a T-shaped design. If rain does appear, the driver can deploy an inflatable yellow soft top. The boot is also missing from the Lacoste concept, but the rear bench can slide towards the front, in order to provide room for small luggage. 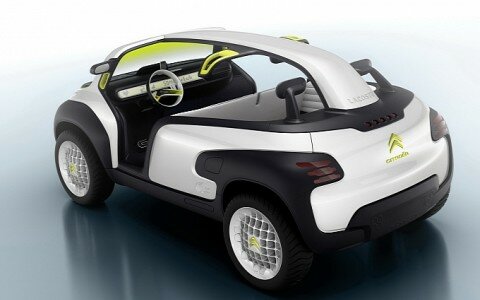 Expect the Citroen Lacoste concept to be formally revealed at the Paris Motor Show, and according to some rumors, it might preview styling cues for the next generation C1 model.