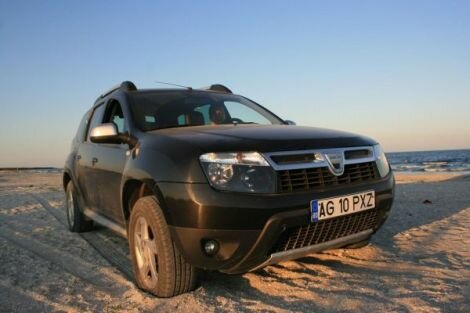 Some of you may have heard about the Romanian car producer Dacia, especially in the past years, since Renault took it over and invested heavily in it. Over these past few years, Dacia has constantly developed better products and has evolved to higher quality standards.

Last year, Dacia unleashed the Duster, its first crossover SUV. Officially revealed on 8 December 2009, it became available in Europe from 18 March 2010 and suddenly, everyone was talking about it. Starting from around 11900 euros, the Dacia Duster is still the cheapest SUV in its category, offering great quality for such a low price.

A week ago, we took for a test drive, in order to put it to the test and see what it can do. All I can say is that we weren’t disappointed. 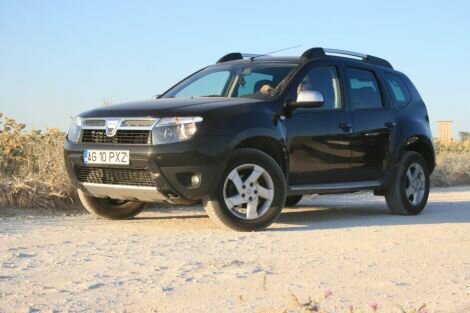 At the first glance, the Duster is a robust car, with simple, but unitary design. Based on the Nissan B0 platform, the Duster measures 4.31 metres (169.7 in) in length, 1.82 metres (71.7 in) in width and has 210 mm (8.3 in) of ground clearance. This compact crossover can be all you need both in the city and out. It may not be spectacular, but it won’t make you look bad while getting in and out of it. 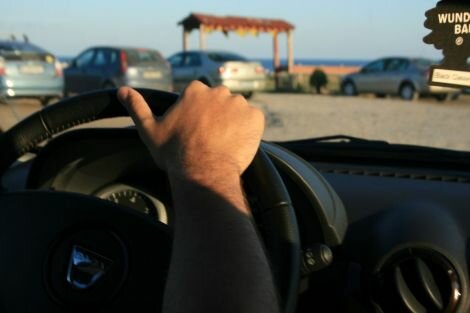 The interior is not at all spectacular, because Dacia has done everything they could to offer both high usability of space and a decent design. Some of the plastic may seem cheap (because it probably is) and the twists and knobs may not be chromed, but they’re in the right place and they’re easy to use.

You get a very spacious boot, with a volume of up to 475 litres (16.8 cu ft), while with the rear benchseat folded and tipped forward, its carrying ability can exceed 1,600 litres (57 cu ft). That’s a big plus if you’re going to be taking this car for a trip(which you should do).

Of course, if you chose the top version, you’ll get leather seats and aluminum wheels. It wont’ be luxurious, but you’ll feel quite comfortable.

On and off the road

What the Duster does best is attack any obstacle in its way and climb over it. You may not think, but this is an authentic 4×4! On a technical level, the Dacia Duster is offered with two-wheel or four-wheel drive. The 4×4 variants use Nissan’s all-wheel drive system, which allows the driver to choose from three different driving modes: Auto, in which the front/rear torque split is calculated automatically as a function of available grip, Lock, whereby 50 per cent of torque is consistently fed through the rear axle, and 4×2 where the transmission is locked into two-wheel drive for maximum fuel efficiency. This can assist you greatly should you need it or it can provide you a very good time behind the wheel, in an off road experience.

Its 90 hp, 105 hp or 110 hp versions may not sound powerful enough, but, used correctly, they will get you out of trouble. We’re talking about a car that does its job and it does it well.

Dacia has not spared expenses when it comes to the Duster’s security features. That’s why you’ll find the car equiped with Bosch 8.1 ABS, as well as EBD electronic brakeforce distribution and EBA emergency brake assist. The Duster also features ESC electronic stability control as an option on certain versions, as well as CSV understeer control and ASR traction control. These are meant to keep you safe on the road and also safe off road, should you decide to go for a trip in the wilderness.

The acceleration is not exactly fast, taking you from 0 to 100km/h in 11,5 seconds, but you can rely on it during an overtaking. With a top speed of 164 km/h, it’s quite swift for a car its size. We took it only to 140 km/h, but we believe it can achieve more, given the right conditions.

The 4×4 option is very useful, especially if you’re at the seaside and you get the sudden urge to take the car for a spin on the beach, or if you have to park on a hill, inclined to 45 degrees and 1m high. You wouldn’t dare try that in a sedan, now would you?

The Duster is a very decent car. From the design, to the spaciousness, from the pricing to the 4×4 option, we can see why it was such a big hit across Europe and beyond. It’s good, reliable car, which you can actually afford. Kudos to Dacia for building it!

In June 2011, Renault revealed the Duster in South America at the Buenos Aires Motor Show. The Romanian car producer announced that they will make the model in Brazil and distribute it across various countries in South America. Dacia officials have also been confirmed that the Duster will be released in the UK in 2012, relaunching the Dacia brand there.

Proving its competitive spirit, a competition version of the Duster fitted with a 350 hp (261 kW) V6 engine and driven by Alain Prost participated in the 2009/2010 French ice racing championship Trophée Andros, finishing in second place.

In 2010, the Duster participated in the Rallye Aicha des Gazelles, being first in the crossover class. The two Dacia teams successfully finished the Rallye on board the Duster: Dounia and Isabelle (Team 315 – Dacia) were first in the general ranking, while Nathalie and Dorothée (Team 316 – Dacia) finished in 5th place (out of 8 teams competing in the class).

In 2011, Dacia announced that they would be racing the Duster in the “Unlimited Class” of the Pikes Peak International Hill Climb. The Dacia Duster ‘No Limit’ will be powered by an 850 bhp (wow!) version of the VR38DETT engine used in the Nissan GT-R mated to a six-speed sequential transmission. The car is tuned by Tork Engineering, Sodemo and Renaultsport and will be driven by three-time Trophee Andros winner Jean-Phillipe Dayraut. We’re really looking forward to that!

We liked:
- the spacious interior
- (we really really liked) the price
- how the 4×4 performs.

Next on, you can enjoy a photo gallery of the Duster. 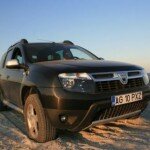 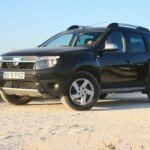 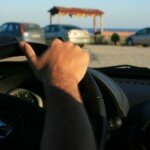 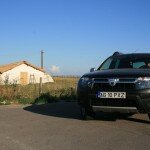 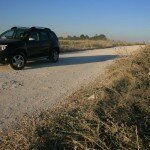 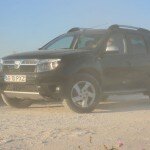 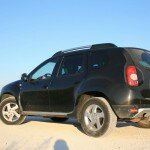 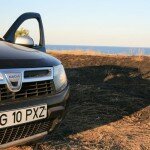 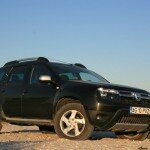 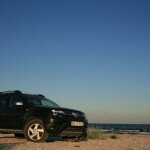 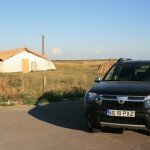 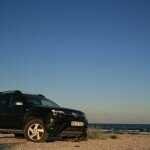 Don’t forget to visit our Facebook page for photo galleries of the latest car models that are released daily.