If you can’t afford to buy a new car or if you want to be able to change your car every two or three years, then leasing is definitely an option you should consider. If you decide to lease you may even be able to afford a luxury car such as an Infiniti model.

An Infiniti car lease is affordable because of the low payments offered by this manufacturer that is asking you to pay only for using the car for a certain period of time. In addition, due to the fact that most leases include a term of 2 or 3 years, you will drive at all times a car which is under warranty protection. The moment the lease expires you will just have to return the car and pay some fees if you have exceeded your mileage limit or if you bring back a damaged car. After that, you can just walk away or lease another Infiniti model.

During May 2011, the Infiniti car leases were quite affordable and appealing for the 2011 models. The 2011 Infiniti G25 was available for a monthly payment of $339 and it supposed a lease term of 39 months and a down payment of $1,999. A May lease incentive was also offered for the 2011 Infiniti G37 and involved a down payment of $1,999 and a 39-month lease term, while the monthly payment was of $379 for the Sedan model and of $389 for the Coupe. If you take the time to think about it, you will realize that the price is low considering its luxurious interior, the powerful engine and the many interior gadgets that are easy to use.

Interesting Infiniti lease deals were also available in May 2011 for even more luxurious models such as the 2011 Infiniti M37 and the 2011 Infiniti M56. For the M37 you were requested to pay $2,999 as down payment and during the 39 months of lease you had to pay each month the sum of $579. The monthly payment for the Infiniti M56 was spicier ($799), but the amount due a signing and the lease term were the same as those for the M37. The Infiniti M is a choice considered by many car critics one of the best models ever manufactured by Infiniti. The M37 offers the benefits of a V6 engine being able to produce 330-horsepower while the M56 is proud of its 420-horspower produced by the powerful V8 engine. What these two models share is the luxurious cabin covered in leather and the many high tech electronics designed to entertain the passengers. 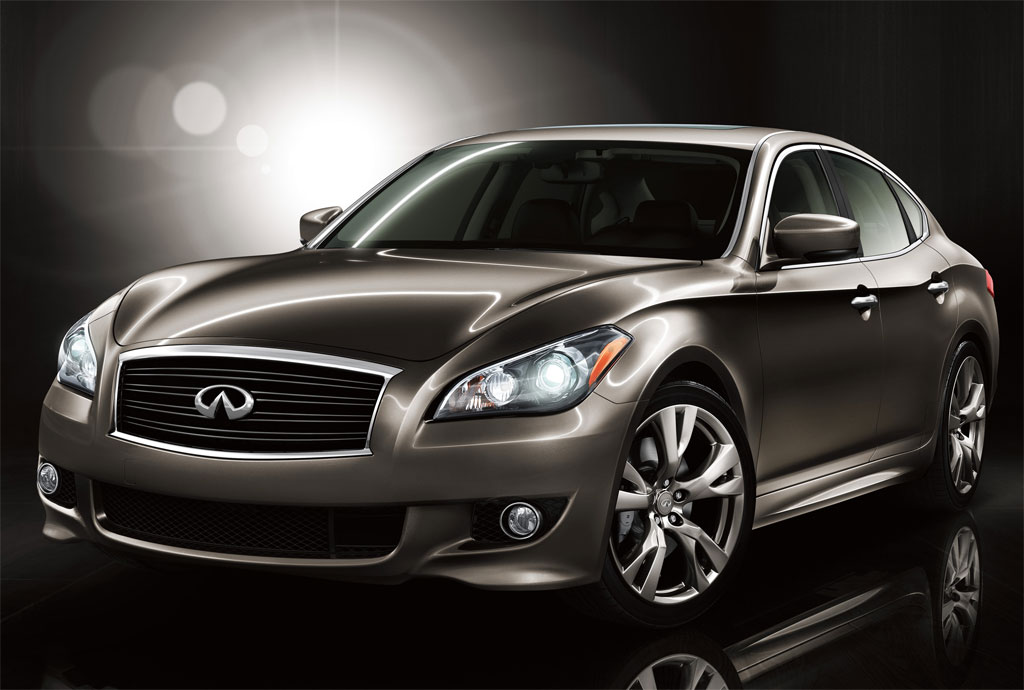 If you were interested in the 2011 Infiniti EX35 or the 2011 Infiniti FX35 you had the possibility to lease one for 39 months. To be able to drive away in a brand new Infiniti EX35 with the Premium Package and roof rails, you had to cover a down payment of $3,999 and a monthly payment of $419. For the FX35 you were required to pay the same amount at signing as for the EX35, but the monthly amount you had to cover was of $679. I think the money is worth it because this is a luxury midsize SUV that offers high-tech safety features, and a modern style doubled by a sporty performance.

Apparently the 2011 May Infiniti lease deals are also offered in June 2011. The automaker is still offering great lease deals for Infiniti models that are equipped with the Premium Package. Therefore, for your money you will benefit from Bluetooth, sensors to help you with your rear parking and a reliable navigation system.