A lot of people named this car the first super car of all times. And also many people consider it the most beautiful car that came out the Lamborghini factory gates. We talk about Miura, a super car designed back in the 60’s that made history and remains in our days one of the most wanted collection cars.

Lamborghini Miura SV is a sport car with 2 seats that was manufactured between 1966 and 1972. This is one of the first cars with 2 seats and central engine, some kind of trend-setter in the world of sport cars that made performance. Even if cars like Ferrari 250 LM or Ford GT40 had also central engines, they were only homologated for races and Miura was the first car with this kind of arrangement legal for the street. Miura was created by the engineers of Lamborghini factory in their spare time even if its founder Ferruccio Lamborghini was not satisfied with the idea because at that moment he saw the future of the company build of strong family cars, not super sport cars. Ferruccio wasn’t feeling competitive with Ferrari at all so he didn’t want to occupy this segment in the car market. But when the four wheel chassis was presented at the auto show in Torino in 1965 and then one year later to be launched the car officially in Geneva, the owner of the company and also the audience were extremely delighted. The revolutionary designer of the creator Marcelo Gandini impressed so much the press and the public from auto show in Geneva. The car announced to be a total success. And like this appeared Lamborghini Miura SV that had been manufactured until 1972. 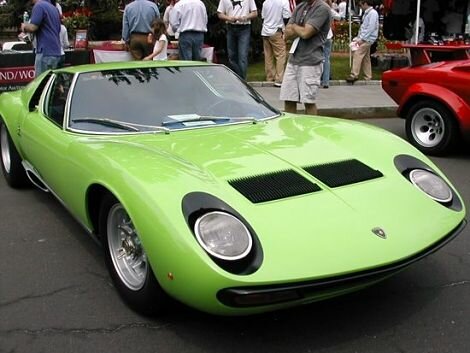 The final model from Miura and the most known is Lamborghini Miura SV, that means Super Veloce. This one had even more modification at the engine, including at the carburetors that made this car to have 385 HP. The SV model can be observed among the other models easily by the missing of lids at lights, bigger wings in the bag to allow the wide rims of 9 inches with tires Pirelli Cinturato and other changed stops. Totally, only 150 models of Lamborghini Miura SV were manufactured.

Back in the year 1970 the testing driver of Lamborghini, Bob Wallace used the car number 5084 to make a test creating a car homologated FIA for Appendix J races. The unique car was named Miura Jota and was sold to a private collector after it suffered many tests. In 1971 the car suffered a terrible accident on the unopened race field in Brescia and burned completely.

After it was heard about the Jota model, the clients wanted also a special car for themselves. But Lamborghini couldn’t afford to design a bigger Jota so the producer offers a SV upgraded. This model was known as Lamborghini Miura SV/J and had a lot of modification at the engine, the suspensions, exterior and interior. 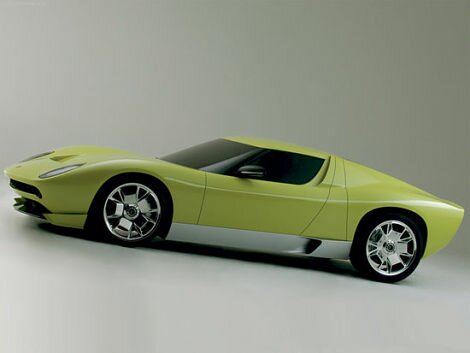 In 2006 was presented a concept based on Miura. This was the creation of the Lamborghini designer Walter da Silva wishing to commemorate 40 years from the auto show in Geneva where was launched Miura. But as the president of the Lamborghini company Stefan Winkelmann affirmed, this factory wants to show the future, is about the future so the retro design unfortunately doesn’t fit to the future.