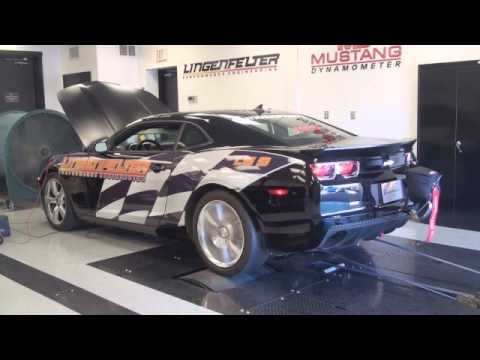 Back in 2010, the engineers over at Lingenfelter unveiled their Camaro SS LS9 package that offered an incredible 1,234 hp. Their back this year for the 2011 Camaro5Fest with a variation of the same tuning program. The Camaro SS will get a revised Pedders/Lingenfelter drag race shock absorber package, plus a 427 CID LSX power unit.

Other goodies include Lingenfelter CNC ported GM LS3 six-bolt cylinder heads, a strain gauged shifter, a face-plated TR6060 Trans by RPM Transmissions, along with an LPE 2-step shift torque cut. As you can see from this video, these upgrades have already been tested on the Dyno and were able to do a WOT 3-4 shift with both stages of nitrous, tuning both the initiation and duration of the torque cut.

The test was accomplished in vehicle simulation mode, while producing more than 1,200 rwhp @ 7,200 rpm.

Aznom Is Preparing A Mid-engined Abarth 500