Next Generation Mini Lineup Will Be Extended 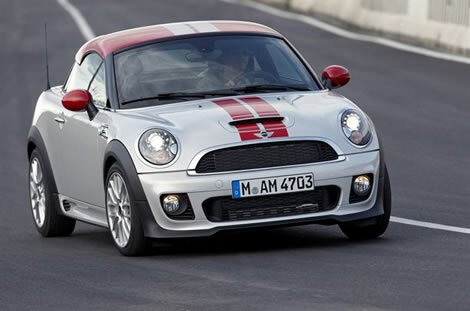 It seems that the third generation of the Mini will consist of 10 individual models and the first one that will hit the market is going to be the 3-door hatchback, codenamed F56. The model will be revealed before the end of this year and it will probably go on sale sometime in 2013. By 2015, Mini will launch 9 spin-offs, including a new version of the Clubman estate as well as an MPV which will most likely be called Traveller (internally known as Spacebox).

This new generation of the Mini is based on an all-new BMW-engineered platform dubbed UKL1. It has a FWD architecture and it will be available in two wheelbase lengths, featuring a MacPherson strut front suspension and a Z-axle rear end borrowed from BMW. The German automaker announced recently a 500 million pounds investment for preparing the Cowley, Oxfordshire for the 3rd gen of the Mini. Most of these 10 models are going to feature a new lineup of 3-cylinder engines developed by BMW which will be just as powerful as the current 4-cylinder units but will be able to provide more fuel efficiency.

The power outputs of these engines is expected to range from 120 to 160 hp and this platform is also suitable for the new 4-cylinder 2.0-liter BMW engines that could output more than 230 hp, which will most likely be used for the hot JCW version as well as for a potential all-wheel-drive Mini John Cooper Works.

Aside from this AWD configuration, the UKL1 platform is going to offer at least one hybrid drivetrain. In addition, the platform will be used for a new series of compact models that will wear the BMW badge, including 3- and 5-door hatchbacks, a tall 5-Series GT-styled model as well as a super compact sport utility vehicle.

Taking into consideration that there are going to be ten Mini models that will feature this platform, along with five BMW cars, this UKL1 platform will most likely become BMW’s best-selling vehicle range. With the launch of the third generation Mini, it means that the British car company will finally be entirely integrated into the BMW family. If you remember, Mini was saved by BMW when the broke up with the Rover Group.

More details about the lineup of the third generation Mini should be out in the weeks to come so stay tuned for additional details.