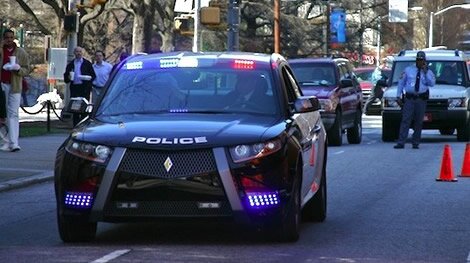 We can fully understand why people want to buy a used police car. In most cases, these are very sturdy and well built vehicles and have higher performances in comparison to a regular model as these has been built especially for the law enforcement agencies and they need a car that is more powerful and faster. Regardless of the reasons you want to own such a car, this article will tell you where and how to acquire one.

Taking into consideration that we live in the era of the Internet, the web is a great place to buy a police car. Most of them are sold by the companies who deal in police as well as public safety merchandise and equipment.

In addition, you can get one by contacting Ford dealerships as they have an exclusive contract with the police. Although officially speaking they are not allowed to sell them to the general public, if you are lucky enough you can find some exceptions to this rule. In most cases, they have one for sale which has been returned due to some sort of damage that was caused during the shipment or if the car suffered from a factory defect. The Blue Oval will fix these cars and is allowed to sell them to anyone taking into consideration that the police department does not accept a vehicle that had previous damages.

Another good source for a used police car would have to be the police auctions where you can find lots of examples, most of them having lots of miles on the odometer. In most cases, the United States police departments sell their cars every 1-2 years in order make sure that they get only the ones in perfect shape, but on some occasions they’ll stick to the same ones for various reasons. When these cars are put out of service, they are not sold through those agencies that usually handle police car sales and for this reasons they are listed up for auctioning. Keep in mind that at most of these auctions you will not be allowed to take the car out for a test drive.

Once you have acquired a car that in the past was used by the police, you are obligated to remove all of the identifiable markings in order to avoid any confusion with a real police officer. In most cases, the siren and lights are disabled prior to the purchase so that civilians cannot abuse them. Most likely, you will have to obtain new license plates taking into consideration that most of the police cars have government plates during service. For this reason, you will have to specify that the car you have bought is a decommissioned police vehicle so that they will issue you new license plates.

Selecting the right police car can be a little bit tricky and you will have to keep in mind that most of them have spent countless hours idling and they have a lot of mileage. In most cases, the ones which were used for traffic and city work have more wear and tear in comparison to the vehicles used on highways. Don’t forget to ask for a maintenance record and see if the regular repairs have been made on time.

More in Automotive Articles (17 of 692 articles)