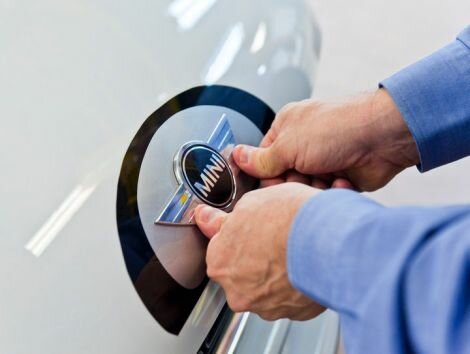 Munich. 17th June, 2011. The largest motoring garden party in the world, set in the heart of the British countryside, will be the idyllic setting for an outing of the MINI John Cooper Works WRC. This will be at the Goodwood Festival of Speed on the 1st – 3rd July and here a member of the public will get the once in a life time chance to be a passenger in one of these iconic cars while it is being driven at speed.

The lucky person, who will sit beside works rally driver, Kris Meeke (GB), on Sunday morning while the car goes through the 1.67 mile loose-surface forest rally stage, will be the winner of a raffle to be held at the annual glittering ball on the Saturday night. Dr Kay Segler, Senior Vice President Brand Management MINI, commented: “When we were invited to be part of this event, which has a worldwide reputation for being one of the biggest on the motorsport calendar, we were delighted. The affection felt for MINI as a brand is amazing, and I am confident the fans at Goodwood will give it as enthusiastic a welcome as I watched it have on its World Rally Championship debut in Sardinia. We wanted to make it even more special, so we felt giving a prize that money could not buy would be a great start.”

Meeke will be driving the car on both the rally stage and up the 1.16 mile hillclimb on all three days. This event, which was founded in 1993 by the owner of Goodwood House, the Earl of March, has become a magnet for fans who come from far and wide to celebrate motorsport and all things automotive at their finest. The hillclimb, which is the main attraction, is very technical and challenging and rises over 300 feet from start to finish.

This year?s theme is „Racing Revolutions – Quantum leaps that shaped motorsport?. Priceless machinery from around the world representing two and four wheeled motorsport will be on display for the 150,000 sell-out crowd to see at close quarters.

The MINI WRC Team has been busy testing ahead of its next WRC outing on Rally Finland on 28th – 30th July. This is the second of six WRC events in 2011 that Meeke and co-driver Paul Nagle (IR) and Dani Sordo and co-driver Carlos del Barrio (ES) will take part in ahead of a full assault on the WRC in 2012.