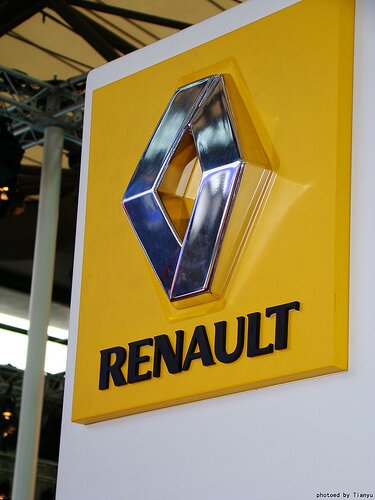 “Sustainable mobility accessible to all” is a core Renault strategy, and it is in this light that the company is taking part in the 20th anniversary of the European Automobile Manufacturers’ Association, ACEA.
• As part of its 20th anniversary celebrations, ACEA is organizing a forum in Brussels from June 22 to 25.
• Young Europeans aged from 18 to 30 have been invited to the event to share their ideas and thoughts on the future of transport and mobility, under the banner “Our Future Mobility Now”.
• Renault is taking part in the event to raise the awareness of young people on mobility and enhance their image of the automotive industry.

Renault, a major player in future mobility, is participating in the “Our Future Mobility Now” forum organized by ACEA at Autoworld in Brussels from June 22 to 25. Some 46 young people from 15 European countries have been selected by the ACEA project to take part in debates on the future of mobility and transport with leaders from the auto industry and the European Union. The Renault delegation will be led by Claire Martin, Vice President of Corporate Social Responsibility and the Renault Corporate Foundation, Rémi Bastien, Head of Research, Advanced Studies and Materials, and Patrick Hoffstetter, Head of the Digital Production Center. They will be accompanied by three students currently studying in one of the programs supported by the Renault Foundation.

Renault’s involvement in the event is consistent with its ambitious 2011 recruitment plan. The company is planning to hire 1,500 people this year on open-ended contracts in France across all business lines, including 400 recently graduated engineers to work in engineering and production.

This recruitment drive is also being accompanied by a proactive approach to taking on young people as part of work-study programs, before they look for their first jobs. These programs give these youngsters the opportunity to acquire real professional skills and find out about the wealth of trades at Renault. By end-2011 some 2,700 young people on work-study schemes will be present at the company. Renault aims to raise the share of this population to 5% of the total workforce by 2013.

In addition, the participation of Mr. Hoffstetter shows the brand’s ambition to establish a leading position on the web – the preferred communication channel of young people.

As part of the exhibition accompanying the ACEA forum, Renault will be presenting:
- a Carminat TomTom Live demonstrator (the least expensive in-car, connected navigation system on the market),
- a see-through Fluence Z.E. electric car (showing the interior of the vehicle),
- an Energy TCe Concept engine.

Renault is committed to developing a range of electric vehicles accessible to all – the spearhead of its environmental commitment. Since 1995 Renault has led an environmental policy that takes account of the impact of all its activities at each stage of the vehicle life cycle. The criteria for the company’s Renault eco2 signature, introduced in 2007, have been tightened this year. The most environmental and economical vehicles in the Renault range now comply with the following conditions: they are produced in an ISO 14001-certified plant, emit less than 120 g/km of CO2 or run on biofuel, and contain more than 7% recycled plastic.

In addition, Renault is preparing for the future through an ambitious objective on global warming set out in its “Renault 2016 – Drive the Change” strategic plan, namely to reduce its carbon footprint by 10% between now and 2013 and by a further 10% between 2013 and 2016.

Renault Corporate Foundation
The Renault Corporate Foundation, founded in 2001, embodies Renault’s hands-on commitment to further education. It is tasked with forming lasting ties between the company and French and international academic institutions. It designs and supports original training programs on multicultural management and sustainable development.
www.fondation.renault.com