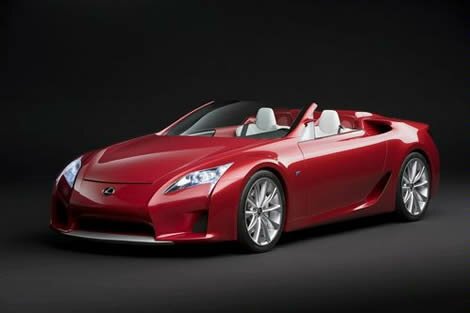 If we were to believe the journalists from Automotive News, Lexus has some big plans for the upcoming period as they are about to introduce a whole bunch of redesigned models. The first one which will hit the market will be the updated version of the GS that should be out early next year with a V6 3.5-liter engine. The model was previewed by the LF-Gh concept and we shall see the production version in all its glory on August 18th at the Pebble Beach Concours d’Elegance.

After that, in mid-2012, Lexus will roll out the 2013 ES which will be based on the refreshed Toyota Camry. Apparently, it is going to come with a prominent front grille and should be available with an optional hybrid configuration that will provide a combined fuel economy rating of 40 mpg (5.9 liters / 48 mpg UK).

The new generation of the IS will ride on a shortened platform of the GS and should adopt a sportier look, better handling and engine updates. This one should be out by the end of next year.

As far as the LS is concerned, a complete update will be launched in early 2013 and the Japanese engineers will focus on improving the car’s efficiency so most likely it will come with lighter materials and probably a hybrid configuration as well.