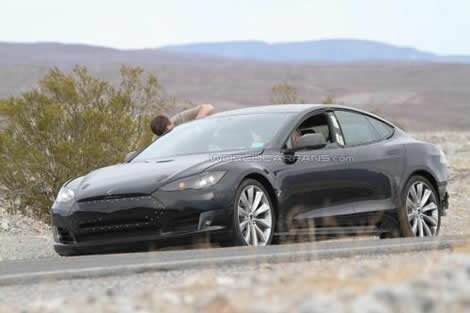 Perhaps one of the most interesting cars that will be launched in the following period would have to be the 2012 Tesla Model S. The guys from WorldCarFans.com grabbed a few spy shots with a prototype while undergoing some hot-weather testing in Death Valley, United States. If we were to analyze these photos, it seems that the engineers from Tesla are still not quite done with the development of the car, taking into consideration all of the gear installed in the cabin. 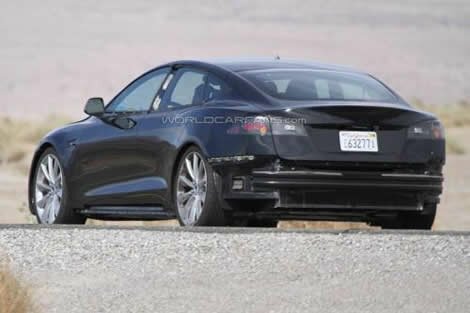 As you certainly remember, the car will be out in mid-2012 and the top-spec 300M variant promises to provide a range of up to 300 miles (483 km) with just one charge. The power for the car is going to be provided by the 42 kWh lithium-ion battery which will drive an electric motor that will allow the Model S to do the 0-62 mph sprint in 5.6 seconds, on its way to a top speed of 125 mph.