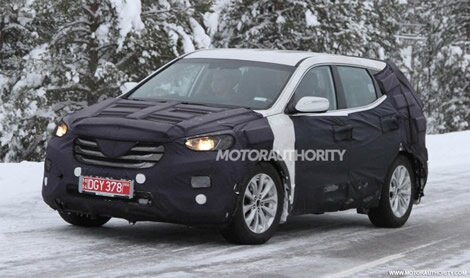 The guys from Motor Authority have managed to grab a few spy shots with the upcoming 2013 Hyundai Santa Fe (ix45 for the European market) while undergoing some cold weather testing near the arctic circle. From the looks of these photos, the new generation of the SUV will be a little bit bigger in size, which should make it a more worthy rival for the Jeep Liberty and the Ford Edge. 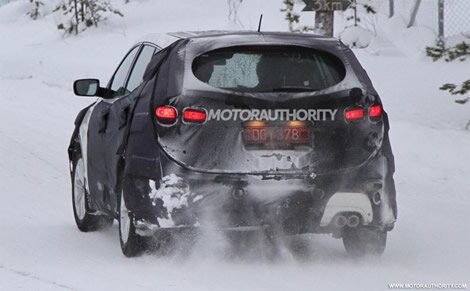 The new styling for the car seems to adopt a more fluid shape, while the bonnet sits much higher in comparison to the previous model and it will be capped with the company’s latest grille design, just like the one we’ve seen on the 2012 Azera and the 2011 Sonata. 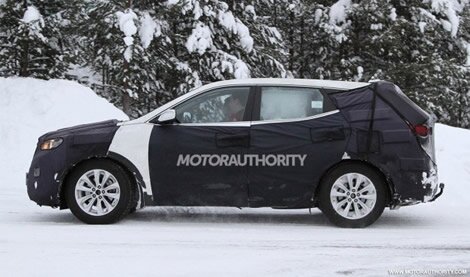 Under its hood it should borrow the same engines as the ones that power the current model, including here 4-cylinder and V6 units but all of them will be revised with the direct-injection technology for making them not only more fuel efficient but also more powerful. We shouldn’t be surprised if Hyundai will offer its 2.0-liter turbo engine that produces 274 hp. As standard, the engines will be linked to a 6-speed manual gearbox while a 6-speed automatic transmission will be an optional feature. 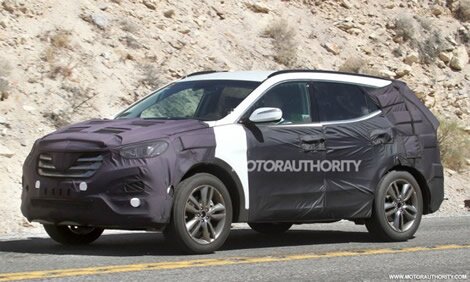 Scheduled to make its official debut in April at the 2012 New York Auto Show, the new 2013 Hyundai ix45/Santa Fe is scheduled to go on sale in the second part of the year.