Suzuki is a Japanese multinational corporation located in Japan and specialized in producing all types of vehicles including 4×4, compact cars, ATVs, motorcycles and not only. Its vehicles are high performance and affordable, just perfect for every family and every budget. Even if you decide to buy a new or a used Suzuki, you will not be disappointed by driving one of the models manufactured by this Japanese company.

If you can’t afford to buy a new car then you should take a look at the used Suzuki cars available on the market, because you will discover interesting bargains. You should consider the Suzuki Reno model which offers you a lot of space and features at an affordable price. This vehicle was released in 2005 and comes available with a lot of modern features for that period of time including a CD stereo with MP3, a micro air-filtration system for the inside and an adjustable driver’s seat. It has an excellent value as a used vehicle and is available in different trim levels. For example, the EX version offers leather seats, cruise control and remote keyless entry. Under the hood, this used Suzuki car hosts a 2.0 liter V4 engine able to produce 127 horsepower. The prices vary between $4,814 for a used 2005 Suzuki Reno and $8,889 for a 2008 model. 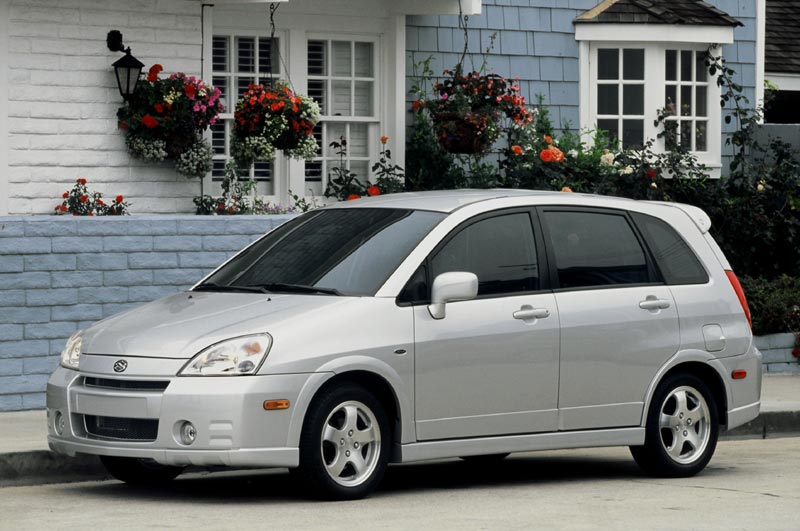 Another used Suzuki which should be taken into consideration is the Suzuki Aerio which debuted in 2002 as a four door wagon or sedan. When it was released, Aerio was equipped with a 2.0 liter V4 engine and a five-speed manual transmission. In 2003, this car received an increased power of 145 horsepower and some improvements on the inside including a six-disc CD player. In 2004, the Suzuki Aerio received a new engine with a 2.3 liter capacity, able to produce 155 horsepower. It offers a smooth and incredible driving experience. The price for a used Suzuki Aerio varies between $3,601 for a 2002 model and $8,109 for a 2007 Suzuki Aerio.

There are also available some Suzuki pickups which offer versatility and an incredible off-road capability. So, you should find out more about the Suzuki Equator which even if it isn’t a 100 percent Suzuki creation, has amazing features. This pickup debuted in 2009 and is equipped with a 2.5 liter V4 engine able to produce 152 horsepower. You also have the possibility to choose the 4.0 liter V6 version able to deliver 261 horsepower. It features a five-speed manual or automatic transmission. The interior is comfortable and offers a lot of storage compartments and the “C-track” tie-down system. The prices vary between $13,841 for a 2009 used pickup and $21,798 for a 2010 used Suzuki Equator.