Fiat have launched their second commercial featuring Jennifer Lopez. 500 Cabrio is the car. Although this time the car appears more in the video, the creative idea of the commercial is, again, the singer and actress and her view on the world. “Until it beats no more” is the soundtrack for all Jennifer’s thoughts during the ad.

According to Oliver Francois, Head of Fiat and Chief Marketing Officer and Brand Marketing Communications, Chrysler Groups LLC, “the primary objective of My World was to explore the story of Jennifer Lopez, who is a cultural icon”. Actually, the story tries to highlight that simple elements of our upbringing are the ones helping explain who we are and achieve our goals. And again: what has the Fiat to do with this? It’s all in brand’s philosophy that “Life is Best When Driven”.

Watch the video and share your opinion about how appropriate this collaboration is:

Vincent Cassel stars in this new ad which tries to focus on elegance and power for the latest Lancia Ypsilon model launched this spring.

This italian 69 HP, 1.2 8V Euro 5 car can easily be spotted due to unique front shield and bright color palette and combinations. Over 500 custom accessories make the new Ypsilon fit for the most extravagant drivers.

What would be the most direct and obvious way to get the attention of a Porsche driver in Germany and make him switch to a GT-R? Well, sticking the message right in his face is one. Although it isn’t subtle at all, it can work in some cases; this is one of them, according to the agency that came up with the campaign.

The idea behind Nissan’s campaign you see in this video comes from Dusseldorf-based ad agency TBWA. This agency went around sticking an ad poster that featured the GT-R’s rear end on the windscreen of Porsche models – pretty innovative, right? This ad asks the Porsche drivers whether they would want to have a different perspective and points them to Nissan’s website in Germany to put their name down for a test driver.

According to the agency, test drive requests went up by 23% after this 2-week campaign. I don’t think that this figure is true, plus there is a long way between test driving a car and buying one.

I’ve always liked Bertone as they designed some of my favorite cars and the Alfa Romeo Pandion looks awesome in my opinion. This commercial was shot last year but the 5 minute behind the scenes clip has just been released.

Zyclotron was in charge with making the commercial and in my opinion they did a very good job. I was surprised to find out how much work goes into a commercial, I always thought that it is relatively easy to make one, I was wrong.

The Pandion concept had its official debut last year at Geneva and was created by Mike Robinson, Bertone’s Design and Brand chief. The idea behind this very sexy design was inspired by the Pandion Haliaetus which is a predatory bird. The design’s theme is “skin and frame”.

The car is powered by a V8 4.7-liter engine that produces 444 hp (450 PS / 331 kW) and 347 lb.-ft (470 Nm) of torque. If these figures sound familiar to you, the engine was borrowed from the Alfa Romeo 8C Competizione. The car has a curb weight of only 2205 lbs (1000 kg). This beautiful concept was created as part of Alfa’s 100th anniversary celebration and there are many reasons to believe that some of its elements will be found in the upcoming 159 replacement.

According to Dodge, if there will ever be a “snowpocalypse”, you should be behind the wheel of the 2011 Journey, Charger or the Durango thanks to their AWD system that can transform this epic winter weather into mild flurries.

From time to time we stumble upon some good ads, some of them are even very clever and put a smile on our faces. Something like this one I’ve never seen before. This new alternate reality game / iPhone application combo from Mini in Sweden is seriously cool.

It happened back in November last year and all the people involved had to hunt, chase and escape with a virtual Mini in Stockholm by using the application for the iPhone and their own two legs. The catch was that you had to go within 50m of the virtual Mini in order to hit the “Take The MINI Now” in the application, before escaping as fast as you could. Why? Because anyone else who got within 50m of you instantly took the virtual car. The guy that won the car was able to hold it after seven days of 24/7 gaming.

If we’ve got the brains and the necessary funds, why not do it? This is what the guys over at Bridgestone had in mind when they came up with this commercial. They paid a great deal of money to air the spot at the upcoming Super Bowl and now they are building our excitement with this trailer. This spot called “Carma” is featuring a Bridgestone-equipped Buick LaCrosse and one scared beaver (although not as scared as the driver is). Just like it says in the ad, find out what’s happening on February 6th when the full version will be featured.

This is a making-of-video of the Mercedes ad called “Sunday Drivers” that features legendary F1 pilots like Michael Schumacher and Mika Hakkinen. This video goes behind the scenes at how Mercedes shot a commercial in some terrible winter conditions in the mountains in order to demonstrate the efficiency of the 4Matic all-wheel drive system. Unfortunately the video does not explain how two versions of this Mercedes ad came to be made.

The one you saw aired on German television and features the aforementioned Formula One legends ultimately get surpassed by an older gentleman (Franz Beckenbauer, won 1974 World Cup as a player and the 1990 World Cup as a coach) driving a G-Class Benz.

There was this other version that was released exclusively online where a young British woman overpasses Schumacher and Hakkinen, referring to them as “senior citizens.” Our guess is that this one was good for the Internet but too cruel for TV.

The ad is pretty good in my opinion, featuring two of the greatest Formula One drivers and a football (soccer) icon from Germany plus the scenery looks great and those Mercedes look cool too.

The German automakers were always good at making ads for their cars, at least in my opinion.

The list of banned car ads just got bigger with the addition of this one for the Dacia Duster SUV, the most affordable sport utility vehicle in the world.  Sources say that the ad wasn’t made by Dacia. According to a comment made on AutoBlog, the team behind this ad is the following:

In addition, Dacia denied any link with this ad.

While some people may find it a little bit vulgar, others will definitely like it.  I for one enjoyed seeing it but it is indeed a little bit too vulgar. What do you think? 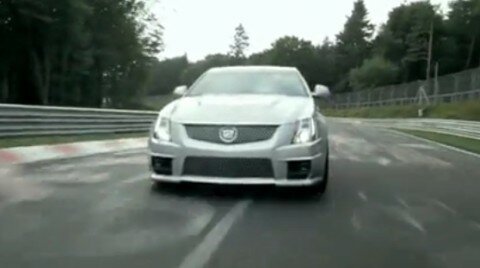 For some stunning footage of the Cadillac CTS-V lapping the Nurburgring in 7:59.32, check out the commercial after the jump.
END_OF_DOCUMENT_TOKEN_TO_BE_REPLACED


If you can count on one car brand to have great ads, it’s Mini.

As further testament to its quirky ad strategy, the Mini Countryman stars in a very interesting billboard installed in Milan, Italy.

As you can see above, what might look like an ad for a surfing brand quickly shows off the actual billboard of the Mini Countryman, highlighting the crossover’s slogan of offering a getaway from the rest of the world.

END_OF_DOCUMENT_TOKEN_TO_BE_REPLACED 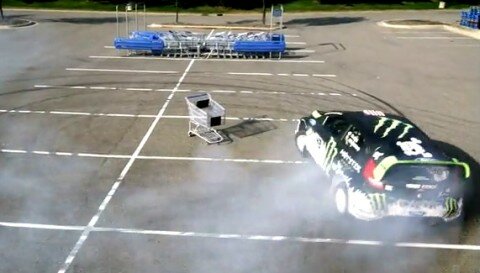 Hit the jump to check out the new Ken Block ad, and then enter in the competition.
END_OF_DOCUMENT_TOKEN_TO_BE_REPLACED

Needless to say, all of the videos are hilarious, so hit the jump and check them out.
END_OF_DOCUMENT_TOKEN_TO_BE_REPLACED

Check out the five videos after the jump!
END_OF_DOCUMENT_TOKEN_TO_BE_REPLACED