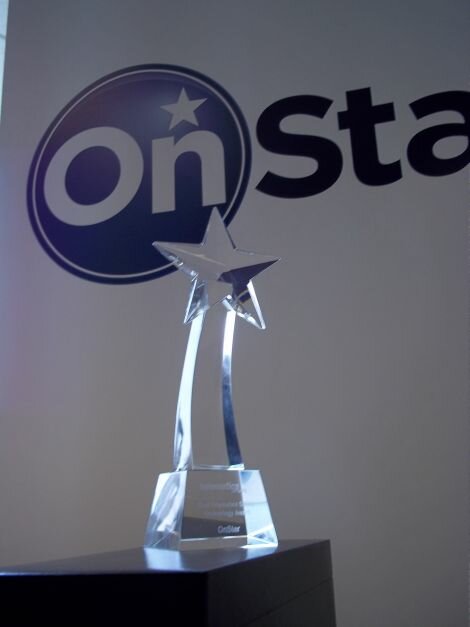 OnStar has accumulated 21 Telematics Update Awards in the program’s nine-year history. The ceremony, which was kicked off by Clear Channel’s Ryan Secreast, recognizes the most prominent and up-and-coming players in the industry in 10 telematics categories.

“We’re thrilled that the telematics community has again recognized OnStar’s unwavering commitment to providing drivers with a safety service they can rely on,” said Linda Marshall, OnStar President. “Our team makes a constant effort to not only enhance the safety of our customers, but also to help all drivers on the road and assist first responders in emergency situations. We thank the first responder community, who make the life-saving technology of OnStar a reality every day.”

Last year, OnStar, in coordination with the General Motors Foundation, provided a $500,000 grant to the International Center of Automotive Medicine at the University of Michigan Health System for research related to the prediction of injury severity after a crash. Research being lead by Dr. Stewart Wang, director of the University of Michigan Program for Injury Research and Education, uses OnStar crash data, hospital records as well as first responder and police information to help improve the outcome for severe crash victims.

The awards precede the Telematics Detroit Conference, the biggest telematics-focused conference and exhibition of the year. On Thursday, Greg Ross, OnStar vice president business extensions, will give a keynote speech where he will discuss OnStar FMV, the company’s new retail product that can be installed in 90 million vehicles already on the road.

Launching later this summer, OnStar FMV will deliver OnStar’s award-winning services to drivers of non-GM and older GM vehicles on the road. It can be installed on most top-selling vehicles manufactured in the past 10 years, including vehicles from Ford, Toyota and Chrysler. OnStar FM will be available at Best Buy and other consumer electronic retail locations. To check if your vehicle can support OnStar FMV use the vehicle compatibility tool, which is also available at OnStar Facebook page.

The Caesars Palace Hotel in Las Vegas, Nevada held the annual Cinemacon gala on the 31st of March this year.

This award adds to the other one Vin Diesel got this year from People’s Magazine – Sexiest Man alive on Facebook.

The new generation of the Audi A6 won the EyesOn Design Award at the 2011 Detroit Auto Show. Thanks to its elegant yet sporty looks emphasized by the sweeping roofline, long engine hood and the prominent lines, the A6 allowed Audi to win its fourth award in the last three years. In addition, the car won the “Best Production Vehicle” award at Detroit, increasing Audi’s position as one of the most inspired automakers when it comes down to design.

The new Audi A6 will go on sale in the United States this fall as a 2012 model. The car will feature a body made out of aluminum and high-tech steels, making it not only light, but also safe and stiff. For more information about the 2012 A6, read here.

Nissan Leaf Is The European Car Of The Year 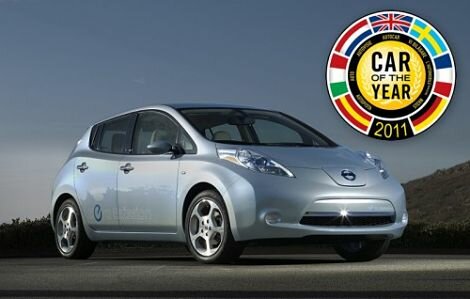 After its most dangerous battery car rival, the Chevrolet Volt, managed to grab various key endorsements, the 2011 Leaf from Nissan has managed to grab a big prize. We are talking about the “European Car of the Year” award that went to this compact battery-electric vehicle – BEV. The Leaf managed to beat some serious competition coming from conventional as well as other eco-friendly cars.

This Nissan model is the first electric car that managed to grab the big prize and even more than that, it is the first time ever an electric vehicle even made it to the final round of the competition. Nissan Leaf managed to overtake the Alfa Romeo Giulietta, the Opel Meriva, the Citroen C3/DS3, the Dacia Duster, Ford C-Max and the Volvo S60. Nissan’s CEO Carlos Ghosn said that “this award recognizes the pioneering zero-emission Nissan Leaf as competitive to conventional cars in terms of safety, performance, spaciousness and handling. It also reflects Nissan’s standing as an innovative and exciting brand with a clear vision of the future of transportation, which we call sustainable mobility.”

The Nissan Leaf took the first place by beating at a very score Italy’s Alfa Romeo Giulietta that scored 248 points, 9 points less than Leaf’s 257. It goes without saying that the juries of this 58th edition of the European Car of the Year took their time discussing not only the basic facts of the Nissan EV, but also the general situation of battery-powered automobiles, and how Nissan managed to implement the technology in their revolutionary Leaf model.

Hakan Matson, who was the chief juror of the competition, stated that “In spite of the lack of a large recharging network and the limited range, the LEAF represents a technical and commercial bet that might otherwise satisfy many potential consumers, especially where public incentives will come to reduce the paying price.” 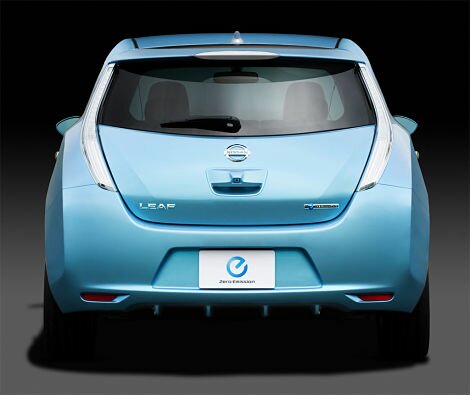 A very important award that will be given in the near future is for the “North American Car of the Year”. The finalists for this competition will be announced in about two weeks, and both the Nissan Leaf and the Chevrolet Volt will most likely be among the five finalists. The winner of the NACOTY award will be announced on January 10th, 2011 at the North American International Auto Show which will be held in Detroit.

In the United States, the Nissan Leaf is available for a starting price of $32,780, but the car qualifies for many incentives plus a $7,500 federal tax credit. Last month, EPA gave the Leaf a formal mileage rating of 99 mpg, which is a figure that is designed in order to reflect the Leaf’s  fuel efficiency equivalent if it were running on conventional fuels.

During his speech, Ghosn stated that Nissan and its luxury branch, the Infiniti, are at the moment developing three more electric vehicles, while Renault who is Nissan’s European affiliate is also developing four electric cars. By 2015, Renault-Nissan will manufacture about 550,000 electric cars annually.

Here are the final standings for the “European Car of the Year 2010”:


Quite a few awards were given at the 2010 New York Auto Show. Besides the World Car of the Year and many other such distinctions, Nielsen also gave out awards for the best car ads in the last year.

Who was the winner of the Top Auto Ad award? Why the Kia Soul with its memorable Hamsters ad, which pushed viewers to find “A New Way to Roll.” This advert was found to be the most memorable by over 2.5 million viewers who shared their insight with Nielsen. 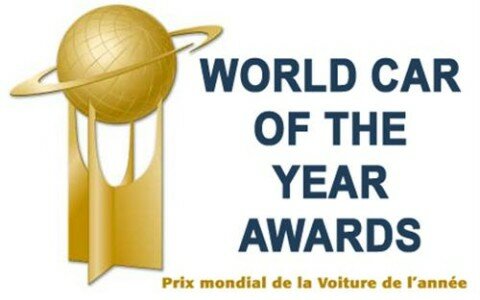 As you might know, the New York Auto Show starts today in the Big Apple. After the first two press days, the public will be welcomed to the convention. During April 2, the World Car of the Year awards will finally be given in each category.

As you remember, the three finalists for each category were announced at the beginning of March, at the Geneva Motor Show. At that time, we asked you to vote for your favorites and see just how your opinion ranks with the one from the automotive press from all over the world.

As a reminder, the finalists for 2010 World Car of the Year are: Mercedes-Benz E-Class, the Toyota Prius and the Volkswagen Polo.

The finalists for 2010 World Performance Car of the Year are: Audi R8 V10, the Ferrari California and the Porsche 911 GT3.

The finalists for the 2010 World Green Car of the Year are: Honda Insight, Toyota Prius and the Volkswagen BlueMotion (Golf, Passat, Polo).

Last but not least, the finalists for the 2010 Car Design of the Year are: Chevrolet Camaro, Citroën C3 Picasso and the Kia Soul.

We already have quite a few votes submitted, so cast your opinion in all of the polls below.

VW Golf estate is “Most Sensible Car of the Year 2008″

In a ceremony that took place last Friday, the German magazine “Guter Rat” (Good Advice) awarded the Volkswagen Golf estate with the “Most Sensible Car of the Year 2008″ award, based on the car’s CO2 emissions values, driving comfort and spacious, clever interior. On behalf of VW, Jochen Sengpiehl, Head of Marketing, was present and accepted the award.

You can read more about the award in the full press release, after the jump.

END_OF_DOCUMENT_TOKEN_TO_BE_REPLACED

European Car of the Year 2008 candidates

Here is the official list of the cars which will compete for the 2008 European “Car of the Year” award. The jury, which features 58 journalists from 22 countries across Europe will announce the winner on November 19th with the trophy presentation planned to take place in Hamburg in January. There’s some tough competition there, but our money goes on the new Ford Mondeo, which is a brilliant car and would deserve the award.