Biofuel production is keep scientist and engineers up at night, since they want to grow the numbers and get more out of less. A team of biologists may have come up with a solution to improving biofuel production: genetically modified switchgrass. It’s not glamorous, but it could be a great solution.

I won’t get into how it works, because chemistry was never my favorite subject in school, but what you have to know is that they created a piece of DNA that makes the switchgrass easily digestible. The said modified plant gave better results when converted into ethanol up to 40%. That is pretty cool stuff. Plus, they say that the genetically modified switchgrass could lower production costs, since the conversion to ethanol process is easier.

This is good news for the auto industry and for the environmentally concerned, since ethanol production could become better, faster and more efficient.

Bentley Continental Supersports found to be 85% recyclable, one of the greenest cars 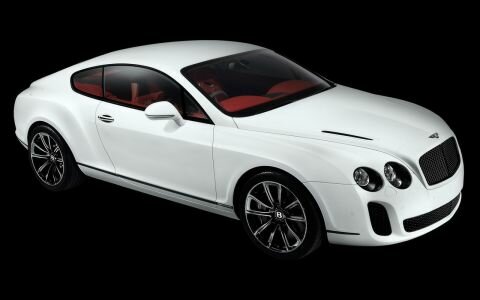 Who says you can’t have a whopping W12 engine under the hood and not save the planet at the same time? Certainly not the engineers at Bentley, which after modifying the huge engine of the fastest model from the UK carmaker, the Continental Supersports, to run on E85 biofuel, has been rated by the German Motor Transport Authority as 85% recyclable.

The rating is a tough one to get, and very few luxury or performance models have managed to attain it. As it was expected, Bentley hasn’t missed the occasion, and already released a statement highlighting the positive rating.

“Producing the fastest Bentley was a challenge in itself,” revealed Dr. Arno Homburg, Head of Whole vehicle Development at Bentley Motors. “However, we were equally determined not to sacrifice any environmental aspect in pursuit of this goal. The result is the paradox that the most extreme Bentley ever, is also the greenest.”

The Continental Supersports, as I’ve said, is powered by a massive W12 6.0-liter engine, which develops 630 HP and 800 Nm of torque, while running on petrol, E85 biofuel or any combination of the two liquids, which effectively reduces the CO2 emissions by a whopping 75%.

END_OF_DOCUMENT_TOKEN_TO_BE_REPLACED

With a little more than a month left until the Geneva Motor Show starts, Bentley has announced today that one of their stand’s starts will be what they call their fastest and most powerful production car ever. Of course, that’s interesting, but not that interesting, you might say. But that’s not all. The car, named “Extreme Bentley” so far, will run on biofuel. That’s about all the details the British company has released, but considering the current most powerful Bentley is a 600 hp beast, we can only dream about what the Geneva car will be like. And about the biofuel part, the guys from Autoblog expect to see an ethanol adapted version of the twin-turbocharged W12 that powers the most powerful Bentley in production.

And for all our US readers who won’t probably make it to Switzerland to the Geneva Motor Show, don’t worry, the car will be on display at April’s New York Auto Show, so you too will be able to admire the beauty.

END_OF_DOCUMENT_TOKEN_TO_BE_REPLACED

British company Trident announced today that they’ve finished working on the first prototypes of their ultra efficient high-performance Iceni sportscar. The Iceni (named after a tribe that inhabited the Norfolk area) is powered by a 6.6 liter GM turbodiesel V8 engine which was modified to run on biodiesel and which develops 550 hp (410 kW) and 950 lb.-ft. (1,286 Nm) of torque at 1,800 rpm. The whooping torque is possible due to the car’s weight, of only 1,480 kg (3,262lb). Mated to an 8-speed automatic gearbox, the Iceni’s estimated performances are incrdible and the fuel consumption is also impressive. If driven at 70 mph, the car returns 70 mpg (3.37 liter/100 km) and Trident claims that if you drive the car at 30 mph it returns an incredible 108 mpg value. This is possible through Trident’s torque multiplication technology, a process where the car’s rev range can be kept low.

The Iceni will come standard with satnav, MP3/DVD playback, a reverse camera and two-tone leather trim and the starting price will be at around £75,000 ($140,000). But the company’s biggest problem is that it currently doesn’t have enough investment so the car’s launch will probably be delayed a few years. Check out one more photo after the jump. END_OF_DOCUMENT_TOKEN_TO_BE_REPLACED