BMW 6-Series Gets Individual And M-Package

A couple of days ago, the German automaker BMW revealed the 6-Series Individual and the 6-Series M-Package. The first one comes with bespoke alloys and wood trim, premium leather upholstery and “exclusive paint finishes.”

As far as the M-package is concerned, the 6-Series gets a new more aggressive bodykit that features updated fascias and side skirts, 19-inch rims, LED fog lights while inside the cabin there is an M steering wheel, leather & Alcantara sports seats and an updated trim.

The previous generation of the BMW 6-Series has been brought back to life by the guys over at Lumma Design courtesy of this new full aerodynamic bodykit that includes an M-style front bumper, new side skirts that are now more prominent, along with an updated rear bumper that features side openings, along with diffuser that incorporates quad tail pipes.

Other modifications brought over the standard model include the white instrument dials that feature the company’s logo and a flattened bottom sports steering wheel wrapped around in carbon fiber and leather.

It looks like we have a lot of news regarding movies today. After a little earlier we told you about the GT-R from The Fast and The Furious being illegally imported, now we have something else. According to our friends from BMW Blog, the next generation BMW 6 Series will be driven by Tom Cruise in the upcoming “Mission Impossible 4: Ghost Protocol” movie, which is scheduled to be released in December 2011. With the new 6 Series debuting in the summer, it looks like the movie will be a perfect opportunity for BMW to get their new model promoted.

The crew is currently filming in Dubai and the UK and it seems that Tom Cruise got a private introduction to the new 6 Series at the BMW headquarters in Munich.

END_OF_DOCUMENT_TOKEN_TO_BE_REPLACED

The first photo of the new 2012 BMW 6 Series Convertible showed up on the internet, on online edition of Autobild. There are no details how the photo got to them or when it was taken, but another photo showed up afterwards, the original one it seems, and it shows a camera guy working around the car, so it was probably taking during a photo shooting of the car, somewhere near a lake or a sea.

The new 6 Series is scheduled to go on sale next summer or fall with pricing starting at 72,000 Euros (a little over $100,000), while a four-door version will compete the Audi A7 and the Mercedes CLS starting with early 2012.

Check out the original photo after the jump. END_OF_DOCUMENT_TOKEN_TO_BE_REPLACED 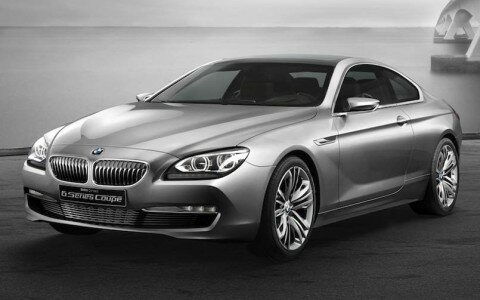 BMW is set to bring quite a lot of new models to the upcoming Paris Motor Show, including the new 2011 X3 crossover. The biggest suprise, however, was revealed yesterday, when the German company presented the new BMW 6 Series Coupe Concept.

Even though it is billed as a design study, you can expect the production version of the 2012 BMW 6 Series, set to be launched in fall of 2011, to look pretty much the same.

That’s not a bad thing though, as the concept takes the design of the well-received BMW Gran Coupe concept, and tones it down with a few cues from the 2011 5 Series. It will share the same platform with the new sedan, while the rear is one of the most aggressive ones we’ve seen so far.

The interior has also been overhauled, with the design playing a bigger role than before. The center console is, as usual, aimed towards the driver, while contrasting material blends the passenger dashboard with the armrest. Customers will be able to choose from a variety of leather types, as well as from different inserts ranging from aluminum to wood.

Expect the BMW 6 Series Coupe Concept in the flesh at the Paris show, while the production version will be revealed next year. The lineup is expected to include the regular coupe, a convertible, the high performance M6 and even a four-door coupe, in the vein of the Gran Coupe Concept. Until then, check it out in the photo gallery below.

END_OF_DOCUMENT_TOKEN_TO_BE_REPLACED


It seems that slow teasers that reveal parts of new cars are so 2009, as for the upcoming Paris Motor Show, BMW has taken viral marketing to a whole new level.

The German company recently launched a new website called DontBlogAboutThis, in which a special type of BMW 6 Series is showcased with stickers on it.

While the website only shows brief part of the car, there’s also a video showing the 6 Series in motion, but the distinct sound of an internal combustion engine is apparently absent. Also, as you can see below, it is equipped with special wheels as seen on hybrid or electric models.


Another photo was revealed afterwards, showcasing that we may be dealing with a very special type of BMW. While from the back it looks like a regular 6 Series, the front, as you can see above in a brightened version, appears to be that of the Vision EfficientDynamics hybrid show car.

Frankly, our guess is as good as yours. All will be revealed at the Paris Motor Show though. Hit the jump to see the two videos of this mysterious BMW in action.
END_OF_DOCUMENT_TOKEN_TO_BE_REPLACED


The four-door coupe market is expanding by leaps and bounds these days, as not only were we treated with spy shots of the second generation Mercedes-Benz CLS, as well as with the first photos of the 2011 Audi A7 Sportback, but BMW is reported to have cleared the stunning Gran Coupe concept for production.

It seems that the gorgeous concept we saw in Beijing will be produced by the German company, and will be incorporated in the next generation 6 Series lineup. The rumored arrival date is 2012, putting it one year after the planned release of the next 6 Series.

Still, we’re pretty sure it will be worth the wait, as the Gran Coupe garnered a lot of rave reviews from both the media and the general public. Expect plenty of styling cues to make it to production, while an array of gasoline and diesel engines will no doubt be found under the bonnet. An ActiveHybrid version might also appear, further down the line.

END_OF_DOCUMENT_TOKEN_TO_BE_REPLACED


Lately, we’ve been hearing a lot about BMW‘s hybrid and electric vehicle endeavors, with the Megacity project taking center stage.

This doesn’t mean the Bavarians are going off-track, as a batch of new rumors are speculating about some serious hardcore projects going on at the German company.

First off, remember the stunning Gran Coupe concept we saw during the Beijing Motor Show? It seems that it will become a reality in the future as the next 6 Series. According to Inside Line, the next 6er will arrive around 2012 and really target similar models from traditional rivals like Audi or Mercedes-Benz.

If internal combustion cars aren’t your thing, then relax, as BMW is also planning something special for the Megacity EV project. According to Autocar, the electric vehicle range will see the addition of a sportscar, in the vein of the EfficientDynamics concept we saw some time ago. Sadly, this is much further away, as the first EV is set to appear in 2013, and the sportscar after it.

Still, it seems BMW knows how to please its hardcore fans and we will see plenty of interesting models from the Bavarians in the future.

END_OF_DOCUMENT_TOKEN_TO_BE_REPLACED


BMW’s 6 series has always been a special lineup, and produced the closest thing to a BMW supercar you could get, the M6. For the next generation though, things are going to change a lot. Not only through the complete restyle of the 6 lineup, but also in terms of the role the M6 will play.

According to new rumors, it seems that BMW will go all the way, and stay true to its promise of making a supercar based on the Vision EfficientDynamics concept it showcased in the last few months. How will it do that? The company will push the future M6 to its limits, and contend with the current go-to entry-level supercar, the Audi R8.

In order to do this, it will likely use the new twin-turbo 4.4-liter V8 engine, set to make an appearance on the next generation M5, but also throw in many of the fuel saving technologies used on the Vision concept, as well as some of its style. As you all know, the current M6 is pretty awesome in terms of power, but many don’t want to be seen within a five-feet radius of it.

This special combo of performance, style and fuel efficiency will definitely give the boys in Ingolstadt something to think about. Hopefully we won’t be kept in the dark for too long about this project.

END_OF_DOCUMENT_TOKEN_TO_BE_REPLACED


Sadly we still don’t have a fortune teller on our pay roll to tell us about future cars and how they will look or feel, but thanks to BMW North America CEO Jim O’Donnell, we hear that the future BMW 6 Series from the Bavarian automaker will be the best looking one we’ve seen in years.

He revealed that the new model will say good bye to the old design lines from Bangle, especially in terms of its rear end, and will adopt a more aggressive but also sleeker body style. It seems that we can also expect to see multiple versions, including a convertible outfitted with a hard top, with no chances for a soft top one.

In terms of engines, rumors place units ranging from entry-level V6 motors with twin turbos to heavy V8s in the future model. Chances are we might also see a hybrid version, based on the 655. Nothing is for certain though, as the company is keeping things under a tight wrap until the Geneva Motor Show in March next year.

END_OF_DOCUMENT_TOKEN_TO_BE_REPLACED

German tuner Lumma Design have specialised themselves in BMW’s (remember this?), and especially the 6-series, having now designed a new performance kit for the german sport coupe, after releasing a styling kit for the top of the range M6.

This time, the influence from their M6 kit can be recognized, and the kit can clearly make the standard model as agressive as the standard M6. To this image contributes the new redrawn front spoiler, the extended rear spoiler, the new side skirts and the wing on the back of the car. All this in a pure white paint job make a trully brilliant car.

But Lumma didn’t stop only at the exterior, inside they fitted a brand new suspension, resulting in a 35 mm drop in the ground clearance. The engine wasn’t left untouched, excepting the carbon fiber casing for the air filter and red accents on the valve covers, it was fitted with a new remaped ECU and a new sports exhaust system.
END_OF_DOCUMENT_TOKEN_TO_BE_REPLACED