This year at the Geneva Motor Show, Bugatti has introduced the most powerful roadster of all time. We’re talking of course about the Veyron 16.4 Grand Sport Vitesse which as you would expect is based on the open-topped Grand Sport version, but it comes with a serious power boost that we’ve seen in the Super Sport model which is the closed-topped Veyron.

The Grand Sport offers no less than 987 hp and a peak torque of 922 lb.-ft, whereas the Vitesse comes with a massive 1,184 hp available at 6,400 rpm and a maximum torque of 1,105 lb.-ft available between 3,000 and 5,000 rpm. That horsepower is coming from the huge 8-liter, 16-cylinder engine that comes with four enlarged turbochargers and intercoolers. In order to support the power increase, Bugatti’s engineers have modified the chassis of the car.

No word about the 0-62 mph sprint time of the Bugatti Veyron 16.4 Grand Sport Vitesse (long name, isn’t it?) but most likely it should be of about 2.5 seconds, which is 0.2 quicker than the regular Grand Sport. The latter is able to reach a top speed of 253 mph with the transparent polycarbonate roof on while without it the top speed is limited to 223 mph.

Bugatti hasn’t released any details concerning the price tag of the Grand Sport Vitesee, but since the Super Sport costs 2.1 million pounds, the roadster will cost just about the same. 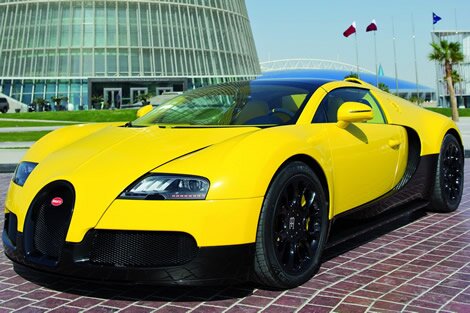 This would have to be yet another special edition of the Bugatti Veyron 16.4 Grand Sport. Wearing the “Bumblebee” designation, this is a  black and yellow themed edition of the fastest car in the world. The car is scheduled to make its debut today at the 2012 Qatar Motor Show. 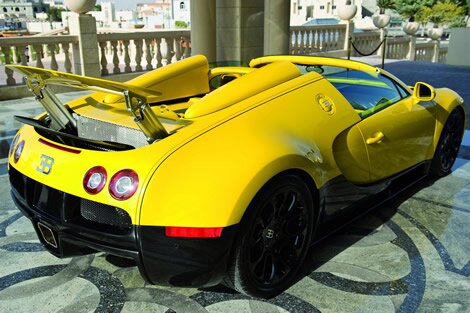 This version of the Grand Sport comes with a horizontal color split with a very bright yellow body that is encased in black carbon. Bugatti applied the same theme for the interior where we notice the yellow-colored leather that covers the upper and lower sections of the door panels as well as on the dashboard. 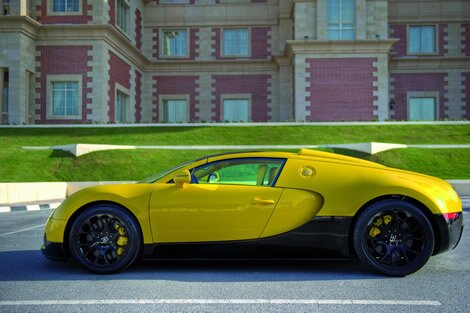 As for the center console, this one has a black carbon finish, while its middle sections of the dashboard, along with the steering wheel, door panels and the gearshift are covered in high quality black leather with yellow stitching. 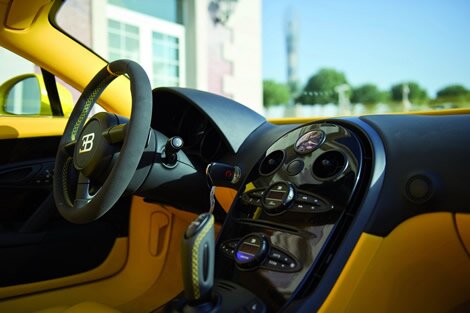 As you probably remember, the standard version of the Veyron Grand Sport costs $1.8 million while this special edition costs a whopping $2.05 million, without taking into consideration taxes and delivery fees. Bugatti mentioned that they’ll make only 150 units but you need to hurry because 45 of them have already been ordered.

You probably know that the days of the Bugatti Veyron are numbered but good news is that the Grand Sport version will go out with a serious bang. Bugatti’s president, Wolfgang Durheimer hinted in an interview given to De Telegraaf’s Autovise that a more powerful variant of the car will be released. He denied the possibility of a Super Sport (1,184 hp / 1,200 PS / 883 kW) version, but he did say that this Grand Sport will have “more than 987 hp (1,001 PS / 736 kW)”.

As a reminder, Bugatti plans on rolling out 150 units of the Veyron Grand Sport and Durheimer stated that the supercar maker has already sold 40 units and a very wealthy client from the Middle East ordered eight Veyrons!

Bugatti revealed in Shanghai this week two new editions of its epic Veyron model. The first one is in fact a one-off Grand Sport that comes with a matte white exterior look with blue carbon fiber accents. The latter color pattern can be found inside the cabin as it was used on just about everything.

The other special edition, the Super Sport, features an all carbon fiber look that looks simply amazing. The interior cabin is airy and light, sporting carbon fiber trim and two-tone leather upholstery.


Bugatti definitely knows where its faithful clientèle is, and has brought three big surprises at the Dubai Motor Show which is taking place these days in the Arabian emirate. Exclusive to the middle eastern market will be a special edition of the Veyron, and two unique models, based on the regular and the Grand Sport convertible edition.

The Bugatti Veyron “Nocturne” special edition will consist of just five cars, which will see their side windows galvanized, thus continuin the line of the polished aluminum upper body parts to the rear of the supercar, contrasting with the black side and door-panels, as well as the roof. The hood is made out of polished aluminum and the wheels have also received the polishing treatment. On the inside, rich people will find a black nanocoated magnesium dashboard, whatever that means, thus a center console covered in galvanized Platinum, just for that extra touch.


Two one-off models are also shown in Dubai, the Sang d’Argent Veyron and the Soleil de Nuit Veyron Grand Sport. The first has a silver theme, as the metallic paint matches the polished aluminum parts like the doors and front wings. It also has silver-finished wheels, borrowed from the Grand Sport convertible version.

Speaking of the Grand Sport, the Soleil de Nuit model will feature a horizontal split in the lower part of the car, which will be painted in a black blue metallic scheme, complete with mirror shine meshes. The upper body will be painted in a blue metallic one, which will also be used on the inner side of the rims, which were borrowed from the Sang Noir, and are diamond cut on the outside. The “burnt orange” interior will be seen by all when you drop the top down.

Last week we wrote about the highly anticipated Bugatti Veyron Grand Sport (I’m sure everyone in Dubai started writing checks already) and now we have the first spy photos of the car, caught by autogespot and autojunk readers. The car was in Corsica, probably out for a photoshoot for the official press release and, like we also saw in the first press photos released, there are no major changes, except a subtle redesign of the frontlights.

Like we said in the previous post, the convertible Veyron will make it’s debut at during the Pebble Beach Concours d’Elegance in California, on August 16.